Arouca look for a strong finish to the season when they take on Belenenses who are hoping to avoid automatic relegation in the final game of the campaign.

Arouca ended up losing 1-0 to Sporting Braga in the penultimate game of the campaign but they still heading to the final game with the destiny in their hands. Belenenses put up a spirited display but came short in the 3-2 loss against Famalicao last weekend.

Arouca will be playing with less pressure on their shoulders and this should have a major impact on the outcome of the game. Belenenses are likely to feel rejected even at the slightest hint of an early goal, as confidence is low after back-to-back defeats. Belenenses are likely to end up getting automatically relegated to the second division based on the recent performances.

There have been more than 2.5 goals in four out of the last five matches for Belenenses and it is a direct reflection of their struggles at the back. Throughout the campaign, Belenenses have been one of the poorest teams and the final game of the campaign for Franclim Carvalho’s team is also likely to end up with goals.

Belenenses are likely to come up with a fight in order to survive in the division may not be sufficient to keep them up. There will be a small level of challenge for Arouca, whose defensive performances even at home have not been great. Arouca have managed just one clean sheet at home in the last five encounters.

Arouca are looking to avoid the 16th place and destiny is in the hands of Armando Evangelista’s men, who have a three-point advantage over Tondela. Arouca will be able to ensure survival, which will be a massive boost to the club, by just matching the results of Tondela. José Manuel Velázquez, Yaw Moses, and Fernando Castro are out due to injury.

Belenenses aim to get out of the relegation zone in the final game of the campaign. The club are trailing the relegation play-offs by two points coming into this fixture. Even though Franclim Carvalho instigated a late survival charge, it has not been sufficient for the team.

Detailed Stats and Numbers for Arouca vs Belenenses

FAQs on Arouca vs Belenenses game 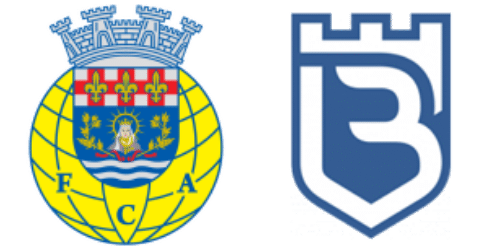