Vazgen Sargsyan Republican Stadium will be the location for the international friendly between Armenia and Montenegro. This will be the first game between the two nations since 2017.

Armenia are stepping onto the pitch for the first time since the 4-1 mauling at the hands of Germany back in November. This was the third consecutive loss for Armenia and manager Joaquin Caparros. Montenegro continued with the tradition of tight matches in recent weeks after only suffering a 2-1 defeat at the hands of Turkey in the recent game.

After putting together a splendid run of form during the early 2021 period, Armenia have been winless in the last nine matches. The heavy losses against Germany and North Macedonia reflect poorly on the team. There is very low confidence in the team and they are unlikely to make a big impact against Montenegro, who have been doing relatively well in recent matches. Apart from the away loss against Norway, Montenegro have had few disappointments and they might pick up a point from the game.

There have been less than 2.5 goals in just two of the last five games for Montenegro while the last two matches for Armenia have produced 10 goals in total. However, this fixture is likely to be a tight affair that sees less number of goals with both teams low on confidence.

One of the few positives for the Armenia in the loss to Germany would be the goal from the penalty spot. Armenia have scored from open play only once in the last five games. Still, home advantage puts them in a good spot while Montenegro remain decent going forward.

Armenia have been at the receiving end of some heavy losses in recent weeks. Everything could change depending on the actions of the team in the forthcoming friendly matches against Montenegro and Norway. There are no major injury problems for Armenia boss Joaquin Caparros who has been in charge of 18 matches so far.

Montenegro coach Miodrag Radulovic has been in charge of the team for just under two years and he has overseen some impressive results for the team during this run. The 54-year-old does have the advantage of some star players like Stevan Jovetic in the squad.

Recent Form Analysis and Other Stats for Armenia vs Montenegro

FAQs on Armenia vs Montenegro game 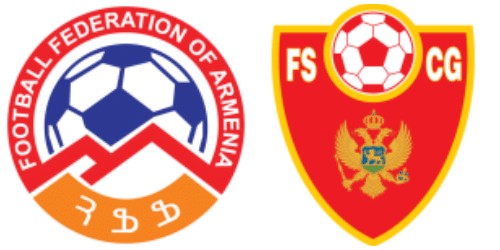 Where is the match going to take place? Vazgen Sargsyan Republican Stadium

Who is the favourite team to win the game? Armenia