Below, you can check out the Antwerp vs Anderlecht top predictions, free betting tips, match preview, and latest odds from the best bookmaker platform for all First Division A fixtures.

Below, you can check out the latest odds and predictions for the Antwerp vs Anderlecht match, which will be this Sunday. All odds from Betfred are correct at the time of writing, but also subject to change. Make sure to double-check them before wagering.

The only injured players from Anderlecht are Zeno Debast and Lucas Lissens and they have been gone for more than two months. There aren’t any suspensions right now. We don’t think it will help the team win even though they have less injuries on the squad though.

Antwerp has a total of four injured players and no suspensions at this time. Buta, Sander Coopman, Bjorn Engels, and Viktor Fischer are all out with various injuries. The home team definitely has the advantage here and a win against Anderlecht will do them good in the promotion rankings.

Below, you can check out the latest stats and data for the Antwerp vs Anderlecht fixture on Sunday. 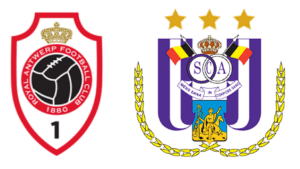