Stade Crédit Agricole de la Licorne would be the location for the upcoming league game between Amiens and Paris FC in the French Ligue 2. This will be a betting preview with all the top tips necessary for the punter.

Amiens’ three-game winning sequence came to an end following the 1-1 draw with Le Havre in the last match. Paris FC continued to struggle for victories after the team dropped points in the 1-1 home draw against Caen.

Amiens to get the three points

Amiens had to settle for a draw against Le Havre after conceding late in the game. However, the team has been in very good form since losing the opening game of the campaign. Paris FC remain low on goals and the team has been unable to find a way past the opposition. However, the late equaliser against Caen is bound to provide some level of confidence to the team. Amiens’ last win over Paris was in 2015 and they have also lost four consecutive games to this opponent. However, this game may reverse the trend especially with Amiens having home advantage.

Paris FC have now scored in three out of the last four league encounters. However, the form is still very sketchy and there is not a lot of confidence to back Paris FC especially when they are travelling. Amiens have been doing relatively well and they should pick up three points.

The last two matches for Amiens and Paris FC have witnessed goals at both ends. Both have not been able to hit the top defensive form during this period.

Amiens have had a brilliant run over the last few weeks. The team would ideally see this as the best opportunity to overcome a string of losses against Paris FC, who are struggling for good results at this juncture. Philippe Hinschberger also has a personal battle in this game, as his record against Thierry Laurey or Paris FC is terrible. There are no injury concerns for Amiens.

Paris FC might have produced a string of four consecutive wins over Amiens, but there is a real danger of the record coming to a close. Paris FC registered only one win from the opening five matches and they have struggled on several fronts already. Manager Laurey comes into the game without Khalid Boutaïb and Lebogang Phiri.

Ligue 2 Stats, H2H, and Numbers for Amiens vs Paris FC 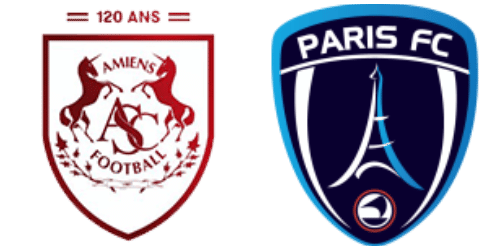 Who is the favourite team to win the game? Amiens