This is a preview which focuses on offering the best betting tips for the Segunda Division encounter that features Almeria and Real Zaragoza at the Estadio de los Juegos Mediterráneos.

Almeria encountered back-to-back setbacks in the Segunda Division following a 1-1 draw with Fuenlabrada away from home. This was Almeria’s first dropped points from home since the middle of October. Real Zaragoza strengthened their bid for a play-off position after a 1-0 success over Eibar thanks to Alejandro Frances’ second-half goal.

Real Zaragoza do not do well in away games against Almeria. This is clearly evident from the visitors still waiting for their first away victory over this opponent since 2007 when both teams were in La Liga. Almeria are the only team with an unbeaten home record this season even after nine matches. It is unlikely that the team will be in a mood to relinquish this record after dropping points in the last two games.

Almeria has struggled over the last weeks in terms of scoring goals and it was quite evident in the draw with Fuenlabrada during the weekend. At home, the club has done relatively well with over 1.5 goals in three out of the last five. As a result, two of these matches have produced over 2.5 goals while Real Zaragoza are no slouch going forward either.

Even though Almeria have kept three clean sheets in the last four matches at home, the team are far from convincing in the last few weeks. The last two matches against mediocre opponents have seen Almeria concede at least a goal. Real Zaragoza are a strong opponent in this regard.

Almeria are the only team in the division yet to lose at home this season. Even though there have been a few scares for the team over the last few weeks, they have still remained at the top of the table. Daniel Carriço is the only injury problem for manager Rubi.

Real Zaragoza are looking to claim their first success over Almeria in an away match for the first time since 2007. This long wait for a victory away to Almeria can be brought to an end this time around, but it is quite difficult given Real Zaragoza’s inconsistent run over the last few games. Carlos Vigaray and Daniel Lasure are unavailable due to injuries.

Analysing the Stats for Almeria vs Real Zaragoza 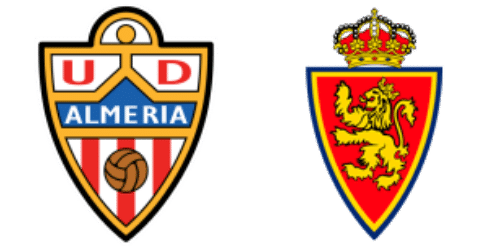