This is a match between two teams who have experienced a wonderful sequence of results over the last few weeks. Almeria take on Real Valladolid at the Estadio de los Juegos Mediterráneos looking to maintain their strong position at the top of the Segunda Division.

Almeria have been in a sensational form and they have been able to beat any quality of opposition put in front of them. Even though Real Valladolid have picked up back-to-back wins, they are yet to prove the mettle when it comes to away games. This will be the first meeting between the two clubs since 2018 and a lot has changed since then.

This is a game between two teams who have scored plenty of goals this season. Three out of the last four away matches for Real Valladolid have produced more than 2.5 goals. Even though Almeria have been on a spree of clean sheets – four in succession, they would struggle to stop the visitors from scoring in this game. This should drive up the total goals in the match.

Almeria have kept four consecutive clean sheets. Mirandes were the last team to score past Joan Rubi’s men. The Real Valladolid outfit, though, have been able to hit a position on the counter quite brilliantly and they have managed seven goals in the last four away games.

Almeria are looking for their first home win over Real Valladolid since 2013. There is a lot of potential for the hosts to end this unwanted record. The team may not dominate possession and other numbers, but they have been able to be very clinical in front of goal.

Real Valladolid have come up with back-to-back victories that have boosted their chances of finishing in the automatic promotion spots. The club, though, have to start picking up more positive away results to get the job done.

Analysing the Stats for Almeria vs Real Valladolid 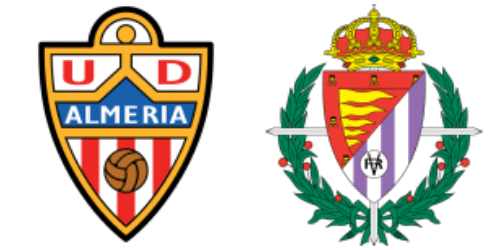