Almeria look to extend their supremacy in the Segunda Division when they welcome Huesca to the Estadio de los Juegos Mediterráneos this weekend.

Almeria returned to league action with an impressive 3-1 victory over Real Valladolid. This was the seventh consecutive victory for Almeria. Huesca had to settle for a point in their recent home game against Ibiza after a goalless draw.

Almeria have been the team to beat over the last few months. The team has been able to storm to the top of the table. Crucially, they have also built up a sizable advantage to the chasing pack. This has been made possible with a defence that does not consider a lot of goals. Huesca are very poor going forward and the threat of relegation is still available thanks to a mere four point advantage over the bottom four.

The table might be topped by Almeria but this is largely down to a strong defensive display. Almeria rank as the number one team in the Segunda Division this season in terms of goals conceded. Huesca, meanwhile, struggle for goals and they have only managed 18 goals throughout the campaign.

The lack of goals from Huesca continues to keep the team in the field of relegation battle towards the end of the season. Almeria are a strong team with the back with just 0.70 goals conceded per match. This would keep the goals on the lower side in this game.

Almeria already have a substantial lead over the chasing pack even with the season yet to hit the halfway mark. The eight point advantage will be very hard for Almeria to lose. Apart from dominating games in terms of goals, Almeria have been able to control matches due to their quality.

Huesca might have played at home against Ibiza in the recent match, but they were once again dominated by the opposition who had more of the ball. Huesca would be happy to play on the counter if the recent performances are to be believed. Even in the recent game against Ibiza, Huesca almost came close to a win on a couple of occasions.

Analysing the Stats for Almeria vs Huesca

FAQs on Almeria vs Huesca game 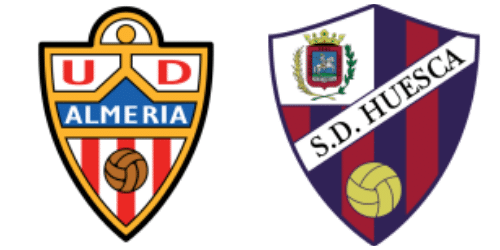