Almeria are in a spot of bother as they come into the game against Eibar on the back of four consecutive winless matches. This Segunda division meeting will take place at the Estadio de los Juegos Mediterráneos.

Almeria saw their poor form continue further with a 2-1 away defeat against Lugo. Eibar are in action for the first time since managing a 1-1 draw with Real Oviedo.

Eibar will be aware about the recent problems faced by Almeria, who are winless in four matches across all competitions. Eibar are looking to get the double over Almeria after a narrow 1-0 win in the reverse fixture. Even though Eibar do have the pressure of going up against the table leaders, their recent form is likely to help them out in this regard.

Eibar are slowly inching up the league table but this will be a contest which is likely to be filled with a lot of goals even if the reverse fixture only featured one goal. Almeria’s desire to recover from a sharp decline in form coupled with Eibar trying to seize the opportunity to go top of the table will induce goals in this match.

Almeria might be going through a difficult patch of form, but they have not score in just one of the last five league matches. Eibar may not be scoring a lot of goals, but they have managed to find the back of the net in a similar number of games.

Almeria last picked up a victory against Real Zaragoza back in the second week of December. Since then, it has been a downhill set of results for the table leaders, who have seen the lead at the top of the table cut down to just three points. The lack of momentum is another problem for Almeria, who will not be missing any players due to injuries or suspensions.

The latest set of results have propelled Eibar to the position where they can even think about the automatic promotion spots. The recent victories may not have a lot of goals, but Eibar have been able to climb up due to great consistency. Franchu is the player unavailable due to injuries for this match.

Analysing the Stats for Almeria vs Eibar

FAQs on Almeria vs Eibar game 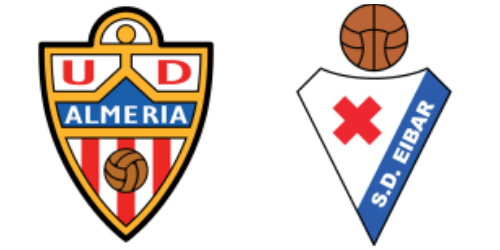