The first game of the upcoming La Liga 2 round that will be played on Sunday is the Alcorcon vs Real Oviedo duel. Check our preview of this match to learn more about it and get some free betting tips along the way.

Our favourite Alcorcon vs Real Oviedo betting tips and picks

If you need some assistance to decide what is the best bet for Alcorcon vs Real Oviedo, check our top betting tips for this match:

The home team has long been relegated and they are now just waiting for the end of the season, although they aren’t in such a poor form considering their situation.

However, the guests are on a great run of five wins in the last six games and the are fighting to secure a spot in the playoffs. So, anything other than a win for Real Oviedo would be a huge surprise here.

Alcorcon and Real Oviedo to Draw at Half Time

Although we expect Real Oviedo to win this game, we can see the game being a close one since Alcorcon has done ok lately and they will want to put a dent in Real Oviedo’s playoff ambitions.

So, our next prediction is for the two teams to be tied at half time. After all, Alcorcon drew at half time in 20 of their 36 league games this season, while the same is true for 18 of 36 Real Oviedo matches.

Both teams have scored in all five most recent h2h duels between Alcorcon and Real Oviedo, so we expect the same to happen when they meet on Sunday as well.

In addition to this, both teams scored in 50% of all Alcorcon matches in the league so far, while the same thing happened in 53% of all Real Oviedo games in Segunda this season.

Alcorcon vs Real Oviedo preview: An easy job for the guests?

Unfortunately for them and their fans, Alcorcon’s season has been over a long time ago since the team has been sitting in the last spot in the standings for most of the season. Now only that, but they are too far behind teams outside of the relegation zone. That being said, at least Alcorcon didn’t do that badly in recent games, with only two losses in the last six matches in Segunda.

With five wins and a draw in the last six games in La Liga 2, Real Oviedo climbed to the sixth spot in the standings, the last one that leads to the playoffs. However, they have to keep their good run going until the end of the season if they want to make the playoffs since Ponferradina is only behind them by three points, as well as Las Palmas.

The best odds and useful stats for Alcorcon vs Real Oviedo

If you want to check out the key stats and odds for Alcorcon vs Real Oviedo, we can help you out with that:

The most common questions for Alcorcon vs Real Oviedo 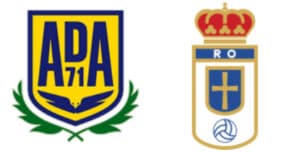