Alaves Over 0.5 Goals First Half

The first match to be played on Saturday in La Liga 2 is the Alaves vs Las Palmas duel and it should be an interesting one. So, here’s a preview of this game, along with some free betting tips.

Our latest Alaves vs Las Palmas betting picks and tips

If you are trying to decide what is the right bet for Alaves vs Las Palmas, check our top betting picks for this game to get some help:

Both teams started the new season in Segunda with a couple of wins and one draw, so we can certainly expect an exciting and close duel between Alaves and Las Palmas.

That being said, we would give the advantage in this game to Alaves. After all, they are the better team on paper and they are playing at home. On top of that, Alaves beat Las Palmas in their previous two meetings.

Alaves Over 0.5 Goals in First Half

After all, Alaves scored in first half in three of the last five h2h meetings between these two teams, so we won’t be surprised if that happens on Saturday as well.

We saw both teams score in three of the previous five head-to-head duels between Alaves and Las Palmas, so we can see that happening when they meet again in the fourth round of La Liga 2.

However, we did not see both teams score in any of Las Palmas matches this season in Segunda, but we did see that happen in two of the three Alaves matches in the league so far.

Alaves vs Las Palmas preview: Derby of the round in Segunda?

After the first three rounds in the new season of Spanish Segunda, Alaves seems determined to get right back to La Liga after they’ve been relegated last season. The team kicked the season off with a couple of wins and a draw, which is enough for the third place in the standings at the moment. On top of that, the team is currently without any suspensions and injuries.

Just like their next opponent, Las Palmas also started the new season in La Liga 2 with two wins and one draw, but they are currently ahead of Alaves in the standings thanks to a better goal difference. In any case, that’s a great start for a team that was in the playoffs last season and could be one of the dark horses in the fight for promotion. Machín Pérez and Kirian Rodríguez are currently on the team’s injury list.

The best odds, stats, and more for Alaves vs Las Palmas

If you don’t want to spend your time in search of the highest odds for Alaves vs Las Palmas, check them all right here, on our site: 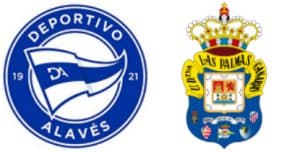