Alanyaspor target a famous double against Fenerbahce when they host the fourth placed team at the Bahcesehir Okullari Stadyumu this weekend.

Alanyaspor managed a late goal to register a 2-1 win over Kayserispor away from home. In response to a first-half goal from Kayserispor, Alanyaspor came up with goals through Aydin and Yardimci to register a crucial win. Fenerbahce picked up a point off table leaders Trabzonspor through a 1-1 draw. Despite being down to 10 men after just 18 minutes, Zajc scored late in the second half to get a point.

Fenerbahce did exceptionally well to take a point off Trabzonspor in the last match. However, their away performances have generally been very poor. Even though Fenerbahce have picked up back-to-back away victories in the league, they have been against strugglers like the Giresunspor and Kasimpasa. Alanyaspor have also lacked the little bit of quality to put together a string of wins. Fenerbahce will be happy to come away with a point.

Fenerbahce have witnessed goals at both ends in 10 consecutive away matches in the Super Lig. It is very likely that the away match against Alanyaspor will produce more of the same.

Alanyaspor have to keep the momentum without a couple of key players in the squad. Wilson Eduardo and Fatih Aksoy are certainly ruled out of the game, while Famara Diédhiou and Daniel Candeias are missing from action due to lack of fitness as they have just recovered from an injury.

Ismail Kartal has frequently seen his team struggle against Alanyaspor. In his previous four matches against the club, the 60-year-old has only picked up one victory but the presence of a strong Fenerbahce squad could make the difference. Irfan Can Kahveci and Mert Hakan Yandas      are out due to suspension, while Ferdi Kadioglu and Enner Valencia are missing from action due to injury.

Recent Form, H2H, and Analysis of the Stats for Alanyaspor vs Fenerbahce

FAQs on Alanyaspor vs Fenerbahce game 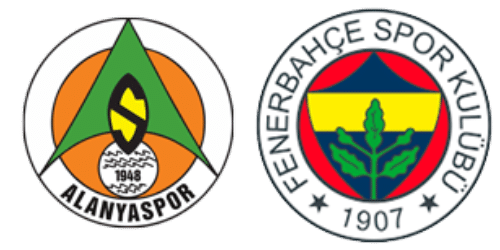 Where is the match going to take place? Bahcesehir Okullari Stadyumu

Who is the favourite team to win the game? Alanyaspor