Cypriot outfit AEK Larnaca will hope for a better outcome in the second tier of UEFA competitions, as they take on Partizan in the first leg of the third round Europa League qualifiers. The game will take place at the AEK Arena – George Karapatakis.

AEK Larnaca were knocked out of the Champions League qualifiers in cruel fashion after a penalty shootout loss at the hands of Midtjylland. Partizan are entering directly into the third round of the qualifiers based on their league position but the team ended up losing 1-0 Novi Pazar in the recent domestic game.

Partizan have an impressive record in the Europa League qualification stages after having never lost the first leg encounter in five attempts. They go up against an AEK Larnaca outfit who are only into their third competitive match of the season. AEK Larnaca have drawn the recent two Europa League qualifying games in the first leg and they have generally struggled in many of the recent games.

Just one of the last four Europa League qualifying games involving AEK Larnaca has produced than 2.5 goals. Partizan have generally produced a string of decent performances to make sure that there is something to play for in the second leg during the Europa League games.

AEK Larnaca are hoping to reach the group stages of the Europa league for the first time since the 2018-19 season. After having faced a string of third round exits in this competition, AEK Larnaca hoping for the better outcome but they start the new campaign with plenty of struggles under coach José Luis Oltra, who will be without Andreas Paraskevas because of a cruciate ligament injury.

Partizan clearly start the game as the favourites with the Serbian outfit done well in majority of the recent European games. Crucially, Partizan have also excelled when it comes to away matches in the early stages of European games. Coach Ilija Stolica comes into the team without Danilo Pantic and Nemanja Jovic because of injuries. 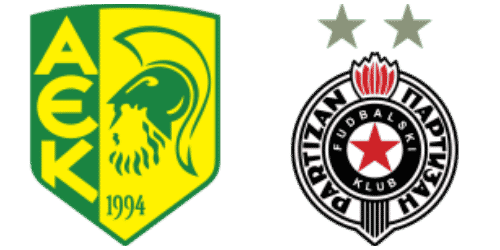 Where is the match going to take place? AEK Arena – George Karapatakis

Who is the favourite team to win the game? Partizan