The home team has just been knocked out of the Argentinean Cup and suffered their fourth defeat in the Argentine league. The away team had the same consequences, but are one point ahead of their opponents.

The Latest Betting Tips and Predictions for Estudiantes vs Barracas Central

To set the right bet for Estudiantes vs Barracas Central, read about our predictions and betting tips for free:

The two teams met in the group stage of the previous tournament, that time Estudiantes were away and destroyed Barracas with a convincing 3-1 win. Now that Los Picharratas will have the support of their fans, they will probably beat their opponents with ease.

In the last h2h there were a total of 7 goals, in addition, the last games of Estudiantes have ended with more than 2 goals on the scoreboard. Both teams usually score in most of their matches, so we predict a match with at least 3 goals or even more in the final score.

Despite not having a very high goal average, Barraca is one of the few teams that has scored in each of the 8 matchdays. However, they also have defensive problems and have conceded goals in 7 of the 8 rounds, so both teams are likely to score.

The Picharratas have not managed to have the same performance in the league as they have in the Copa Libertadores. Despite having a good start, where they got 7 points out of 9, they have only taken 1 out of the last 15.

On the previous matchday, they visited Trige, another team that has had problems winning games, but against Estudiantes they were lethal. Estudiantes had more possession of the ball, but their scoring chances were not very good.

Los Barraqueños did not perform well in the previous matchday when they played at home against Argentinos Juniors. Barrcas had a few shots that troubled the opposing goalkeeper but to no avail.

It was El Bicho who scored first, but a few minutes later their goalkeeper made a bad decision and lost the ball under pressure from Neri Bandiera, who scored Barracas’ only goal to equalise in the first half. However, El Bicho took advantage of poor marking by the opposing defenders to score twice more.

Latest Preview of Estudiantes vs Barracas Central Stats and Odds

If you want to bet on the top odds for Estudiantes vs Barracas Central, check our selection of odds from the best betting sites: 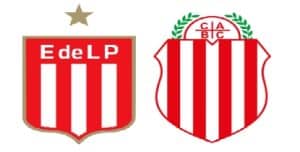 Who is the bookmakers’ favourite to win? The more probable winner is Estudiantes at 1/2 (1.50) odds