Los Picharratas lost their last match and will have another tough test before the quarter-finals of the Copa Libertadores. El Taladro has now gone four games without a win and is slipping further down the table.

The Latest Betting Tips and Predictions for Estudiantes vs Banfield

To set the right bet for Estudiantes vs Banfield, read about our predictions and betting tips for free:

The previous year the two teams met twice, both times at Banfield, the results were draws. Banfield has achieved important results away from home, their record is 2 wins, 1 draw, and 1 loss. We think another draw is the most likely outcome for this match.

In 3 of the last 4 h2h, there were no more than 2 goals in the final score. Both Banfield and Estudiantes usually have a lot of shots on goal, but often without success, so we expect few goals in this duel.

Last year Banfield and Estudiantes drew 2 times, the first result was 1-1 and the second 2-2. In 4 of Banfield’s last 5 matches, there were BTTS, so we deduce that there will be BTTS in this matchup too.

Which One Will Win Again? – Estudiantes vs Banfield Preview

The Picharratas had a tough match during their visit to the Bombonera, where they were surprised by the best version of Boca. Estudiantes had 10 shots while their opponents had a total of 20.

Possession was even, but Boca was more convincing and scored on 3 occasions. Jorge Morel scored the only goal for Los Pincharrata, but this goal only served to narrow the gap. This was the fifth defeat for Estudiantes, which is in 22nd place.

Coach Claudio Vivas ended up a little bit angry at the previous matchday when they drew against one of the strongest teams of the tournament, Argentinos Juniors. Although their opponents had more chances to score, Banfield was 1-0 up for most of the game.

Banfield’s defence worked well and prevented Argentinos from having any clear-cut chances. However, all their hard work was undone when in the 97th minute, the referee awarded a penalty against them, which was converted into a goal by their opponents. In this way, Banfield barely got their second point in four games.

The Latest Preview of Estudiantes vs Banfield Stats and Odds

If you want to bet on the top odds for Estudiantes vs Banfield, check our selection of odds from the best betting sites:

Frequent Questions for Estudiantes vs Banfield 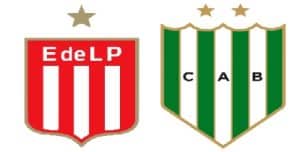 Who is the host? Estudiantes is the host at Jorge Luis Hischi Stadium in Buenos Aires

Who is the bookmakers’ favourite to win? The more probable winner is Estudiantes at 1/1 (2.00) odds