The next round of the Scottish Premiership brings us the Dundee Utd vs Dundee matchup, which is a city derby of Dundee. So, let’s take a closer look at this game and what we can expect here.

The latest free betting predictions for Dundee Utd vs Dundee

If you are struggling to decide on the best bet for the Dundee Utd vs Dundee derby, check our top betting tips for this game:

The city derby in Dundee is always an interesting game, so we expect this one to be as close as most of the previous ones. In the last five head-to-head meetings, Dundee Utd has two wins, Dundee has one win, and two matches have ended in a draw. Our prediction for this match is for Dundee Utd to win since they are playing at home and they are in better form at the moment.

Dundee Utd and Dundee to Draw at Half Time

Both teams have scored in four of the last five meetings between Dundee Utd and Dundee, so we expect another similar match to happen on Sunday. That being said, we still haven’t seen Dundee Utd play a match this season in Premiership that ended with both teams scoring and both teams scored in just 40% of all Dundee FC matches. Still, we like this prediction.

The best odds and latest stats for Dundee Utd vs Dundee

If you are looking for the top odds and stats for the Dundee Utd vs Dundee duel, check what we have prepared for you:

The first five rounds of the Scottish Premiership were solid for Dundee Utd since they’ve managed to win seven points in those matches, winning twice, drawing once, and losing one game. The next game is the city derby with Dundee FC and it should be a very interesting duel between the two fierce rivals. Dundee Utd will be without Chalmers and Meekison in this game, while Glass and Smith are under question for this match.

After winning promotion to the Scottish Premiership, Dundee FC will be hoping for a good campaign and to avoid relegation this season. The team started the new season with three draws and two losses, which puts them in the tenth place in the standings in the league with twelve teams. So, not the best start but not the worst either. Mullen, Adam, and Elliot will miss the upcoming derby with Dundee Utd. 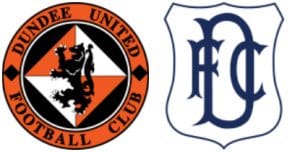