The Venezuelans were on the verge of qualifying for the Round of 16 in the Copa Libertadores but had to settle for the Copa Sudamericana. Despite drawing on the last day of the group stage, Santos was left with the only ticket to this round.

The best Picks and Predictions for Deportivo Tachira vs Santos

To set the right bet for Deportivo Tachira vs Santos, read about our predictions and betting tips for free:

The last time the two teams met was in the Copa Libertadores in 2011, on that occasion, both belonged to group E, where Santos was second in the group and Tachira occupied the last place. So far the record favors the Brazilians who won 1 and tied 1 time, the last one in Venezuela. That is why, despite being the guest, the odds favor the Peixe.

In Deportivo Tachira’s 3 home games in Copa Libertadores, the final result was always over 2.5 goals. In fact, in 6 of the Venezuelan team’s last 8 games, they have scored more than 2 goals. So it is very likely that in this first matchup the ball will be back in the net many times.

Lately, the Brazilians have had irregular results they have 3 matches without a win. This is because they usually open the scoring but also concede goals. We predict that both Venezuelans and Brazilians will bury the ball in the net.

Will the Venezuelan Team Take The First Leg? – Deportivo Tachira vs Santos Preview

The Aurinegro team has the task of representing all of Venezuela in the South American tournament, as it is the only Venezuelan team still active in an international tournament. The squad coached by the Spaniard Alex Pallares has had a great campaign so far, as in addition to competing in the round of 16, they are also fighting for the title of the Venezuelan first division. They are in fourth place, only 5 points behind the leader.

Fabian Bustos’ team had an excellent group stage, although their place in this round was only secured on the last matchday. In Brasileirao, the Peixe is in the seventh position, a little far from the top. However, the Brazilian tournament is not yet halfway through and there are still many rounds to go. One of Santos’ pending tasks to fight at the top is to score more goals and concede less.

Top Analysis of Deportivo Tachira vs Santos Stats and Odds

If you want to bet on the top odds for Deportivo Tachira vs Santos, check our selection of odds from the best betting sites: 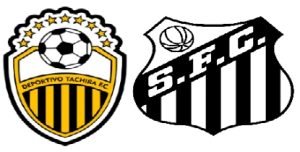 Who is the host? Deportivo Tachira is the host at Plideportivo de Pueblo Nuevo Stadium in San Cristobal, Venezuela

Who is the bookmakers’ favourite to win? The more probable winner is Santos at 6/5 (2.20) odds 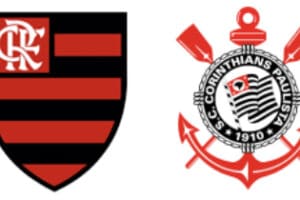 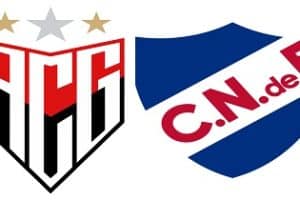