Ceara got an incredible win in their visit to Palmeiras, now they want a new good result in Venezuelan lands against Deportivo La Guaira. Take a look at the best betting tips, picks, and advice for this exciting game of Copa Sudamericana.

To set the right bet for Deportivo la Guaira vs Ceara, take a look at our predictions and betting tips for free:

The Venezuelan team is stronger every time they played at home although, after the win against Palmeiras, Ceara’s is favourite to triumph.

We think the visitors will take advantage of their good current period to control the game.

Ceara’s last two games had a total of 8 goals and the last two games of La Guaira had five. So, it would not be a surprise if we see the ball back in the net more than twice.

Both teams have had BTTS in their two previous games, hence we predict that fact will repeat.

Deportivo La Guaira got an important 1-1 draw against General Caballero in their visit to the Defensores del Chaco Stadium in the group stage. The orange team had an impressive performance and generate goal chances early on, with Argentinian Sergio Unrein getting on the scoresheet.

The bad news for the Venezuelan team has been their last results in the local competition. They got only one point out of six in the last two matches, however, they are still at the top of the table.

On Saturday, Ceará started the Brazilian Serie A by defeating Palmeiras, the current owner of the Copa Libertadores, in a match that ended 2-3. Ceara stunned the Verdao with constant and dangerous counter-attacks, which most of them finished with the ball back in the neck.

This victory motivates the team led by Dorival Junior, who will have to travel to Venezuela looking for a new win. If they achieve their goal, they will keep the leadership of group G.

Stats and odds analysis for Deportivo la Guaira vs Ceara

If you want to bet on the top odds for Deportivo la Guaira vs Ceara, check our selection of odds from the best betting sites: 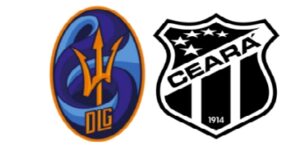 Who is the host? Deportivo la Guaira is the host at Olimpico de la UCV Stadium in Caracas, Venezuela

Who is the bookmakers’ favourite to win? The more probably winner is Ceara at 4/5 (1.80)