El Millonario will visit Defensa y Justicia for the most exciting match of matchday 1. Both clubs were part of the knockout round of the previous tournament, who will take the first 3 points?

To set the right bet for Defensa y Justicia vs River Plate, read about our predictions and betting tips for free:

El Halcón, coached by Sebastian Beccacece, was the third team with the most goals in the tournament, however, in their last match against El Millonario, their offensive game was reduced. Marcelo Gallardo’s team did not mind being visitors and imposed their style of play to control the match. Although the final score was 1-2 in favor of Rivera, the difference in level was much greater on the part of the visiting team. We think that the next game will be a little more difficult for Millonario although they will again take the 3 points.

This matchup will feature two of the teams with the most goals in the previous tournament, plus in their last two h2h they have scored a total of 8 goals. It would not be unusual to see a match full of goals, with 2 coaches who love offensive tactics.

Each team had a top scorer in the previous tournament. Martin Cauteruccio for El Halcón and Julián Álvarez for El Millonario. The latter is on an international tour with the national team, so he will not be available for the first date. Even so, the odds of both scoring remain high.

The Halcon’s boss Sebastián Baccacece achieved great results in the group stage of the previous tournament, however like their next opponent, El Halcón fell in the quarterfinals. Despite having one of the most offensive teams of the tournament, Beccacece must correct the defensive phases of his team, which usually concedes a high number of goals for a top team.

The champions of the 2021 season were unable to repeat the national championship, now they will seek to regain the trophy won by their greatest rival. Marcelo Gallardo remains faithful to his style with fast transitions and high pressure. Losing in the quarterfinals was a failure for El Millonario, but now they will have the opportunity to recover in this new tournament while continuing with their adventure in Copa Libertadores, where they qualified as first in Group F.

If you want to bet on the top odds for Defensa y Justicia vs River Plate, check our selection of odds from the best betting sites: 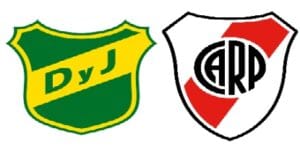 Who is the bookmakers’ favourite to win? The more probable winner is River Plate