Group B of the Copa Sudamericana brings us a game that does not look very attractive due to the difference in level between the two teams. However, the first matchdays of the tournament have left some surprising results, will this be one of those?

To set the right bet for Cuiaba vs River Plate, read about our predictions and betting tips for free:

El Dorado has had some irregular results because it is just starting its season. The team seems to be getting more and more settled, unlike their rivals, who started their league even before the Brazilians.

For us, Cuiaba will take home advantage and beat River Plate with some difficulty.

For this reason, we predict a game with a short scoreboard with no more than two goals after they whistle kick-off.

This season, El Dorado has a defense line that has conceded only 3 goals between the Copa Sudamericana and the Brazilian First Division. River Plate has not scored its first goal in the South American Cup due to its poor attack.

We expect Cuiaba to have a clean sheet and  River Plate to finish matchday 3 without scoring for the first time.

After the last defeat in the Copa Sudamericana against Racing, the Brazilian team has focused on local tournaments. Their good start in the Brasileirao places them fourth, only one point ahead of the leader.

Their next challenge will be to defeat a weak Uruguayan team, River Plate, which is last in Group B without scoring a single goal.

Luck has not been on River Plate’s side in their last three matches, losing once and drawing twice. In the previous match, they failed to open the scoring against Danubio, in a match where both teams created space to score but with wrong finishing.

The visitors must get points in Brazil to avoid early elimination from the continental tournament.

The best analysis of Cuiaba vs River Plate stats and odds

If you want to bet on the top odds for Cuiaba vs River Plate, check our selection of odds from the best betting sites: 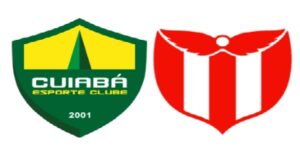 Who is the host? Cuiaba is the host at Arena Pantanal Stadium in Cuiaba, Brasil

Who is the bookmakers’ favourite to win? The more probably winner is Cuiaba