The first match of Copa do Brasil Top 16 phase is the Criciuma vs Fluminense duel. To learn more about this game, check our detailed preview and free betting tips.

Our best betting predictions for Criciuma vs Fluminense

If you are struggling to find the best Criciuma vs Fluminense bet, check our favourite betting tips for this match:

It’s clear that Fluminense is the absolute favourite here – they are one of the top teams in Brazil and they will play against a team from the third-tier league in the Brazilian football. In addition to this, Fluminense has won four of the previous five matches against Criciuma, so we expect them to do it again after leading at half time.

Even though Fluminense only averaged 1.69 goals per game so far in Serie A, which is the second-worst average in the league, they have the quality to score more than a few goals against a team like Criciuma. After all, three of the last five head-to-head matches between these teams have gone over 2.5 total goals, so we expect to see the same thing in this one.

Criciuma vs Fluminense: An easy job for Fluminense?

The home team has already beaten the odds by reaching this stage of Copa do Brasil, but they are not to be taken lightly even by Fluminense. So, let’s take a closer look at both teams ahead of the first leg:

The team that competes in Serie C is a somewhat surprising addition to the Top 16 phase of Copa do Brasil, especially since the team failed to win a game in the competition so far in regular time. First, they eliminated Marilia after a scoreless draw thanks to the better ranking. Then they eliminated Ponte Preta and America Mineiro after penalties. In any case, Criciuma is in good form since they’ve won five of their nine games in Serie C this season.

After going five gams without a loss at the start of the season in Serie A, Fluminense dropped in form a bit lately. They are currently in the ninth spot in the standings with 17 points for the first 12 games. Meanwhile, Fluminense is also awaiting the rematch against Cerro Porteno in the Copa Libertadores Top 16 round after winning the first leg 2-0. Fred and Hudson are currently on the injury list, while Nino is away with the national team.

Top odds and useful stats for Criciuma vs Fluminense

You can find the top odds for Criciuma vs Fluminense right here, so take a look at our selection of odds from different UK bookies:

Frequent questions for Criciuma vs Fluminense 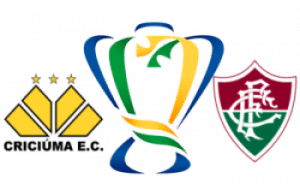