With the Uruguayan Apertura in full swing, one of the more engaging matches of the round is the City Torque vs Deportivo Maldonado duel. To learn more about it, check our preview and some of our top betting tips:

If you are not sure what to bet on when the City Torque vs Deportivo Maldonado match is concerned, check our top free tips for this game to get some help:

The home team is in good form with four wins in the last five league matches, so our prediction is for them to get another win against Deportivo Maldonado. The guests have been inconsistent lately and with City Torque being the better team and playing at home, we like their chances in this match. That being said, the last two meetings between these teams in which City Torque has been the host have ended in draws.

Three of the last five h2h duels between these two teams have gone under 2.5 total goals, and we can see their next match going under as well. In addition to this, Montevideo City averages 1.86 goals per game in the league, which is the second-lowest score of all teams. Deportivo Maldonado is better in this regard with 2.43 goals per game, but it all still seems in line with our prediction.

City Torque vs Deportivo Maldonado preview: Can the home team stay in form?

With only three points separating these teams in the standings, it looks that we are in for an interesting match. So, let’s check both teams out in more detail:

After finishing fourth in the Uruguayan Primera Division last season, City Torque has started the new season in Apertura a bit slower. They lost their first two matches, but they’ve since gone on a four-game winning streak before losing to Penarol in the last round. In any case, with a few more good results, City Torque can climb further from the sixth place they currently occupy in the standings.

The team from the city of Maldonado has started the season in Primera Division in a similar manner in which they’ve ended the last one where they finished 11th in the aggregate standings. After the first seven games, Deportivo two wins, three draws, and two losses, so they are doing ok at the moment. Furthermore, they’ve lost just one game in the last five fixtures, which means that they are in good form.

The best stats and odds for City Torque vs Deportivo Maldonado

Check our selection of odds from the top bookies in the UK to find the right odds for City Torque vs Deportivo Maldonado: 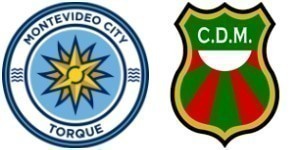