Odds from Ladbrokes are subject to change. Before placing these bets check your bet slip for the latest prices.

In this article, we will discuss the Charlton Athletic vs Plymouth Argyle match to determine the best betting tips and predictions for the Tuesday event. If you want to see more League One predictions and odds, you can check out our website’s latest content.

Latest Odds and Predictions for This Week’s Match

Here are the top betting tips, predictions, and odds for the upcoming Charlton Athletic vs Plymouth Argyle match this Tuesday.

Plymouth is our favorite for this game for a couple of reasons. First, they have performed better this new season and are two points ahead of Charlton Athletic in the League One table already. Second, Plymouth beat Charlton the last time they faced each other. Third, even out of the last five games both teams played, Plymouth is in better form.

Our Preview About the Fixture and Recent News for Tuesday

We don’t know of any injured or suspended players on the Charlton Athletic squad, so they will be playing at 100% on Tuesday. We don’t think that will help them much though because their form isn’t the best and they did lose against Plymouth the last time they faced each other.

Plymouth Argyle doesn’t have any injured or suspended players on the team, so they will face their opponents at full strength. We are favoring them for Tuesday’s game, and we think there will be under 2.5 total goals scored only y one of the teams, like many of the head-to-head games between them ended recently.

These are the most recent statistics and match histories for the Charlton Athletic vs Plymouth Argyle match this week. 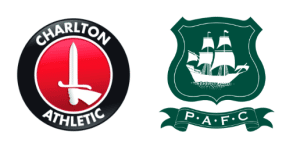