The Argentine champion got its first league win against Platense with ease, its next challenge will be to win away. The Cordoba club got a point away from home and will try to get a good result against all odds.

To set the right bet for Central Cordoba vs Boca Juniors, read about our predictions and betting tips for free:

Despite playing at home, the odds are against Central Cordoba, and many factors favor the Xeneize club. In the last four meetings, Boca has been the clear winner. Their last meeting was in the last tournament and Boca won as visitors. That is why we expect the guests to take the 3 points.

In the previous tournament, where Boca won the championship, the Xeneize did not stand out for being a goal-scoring team, but they did stand out for knowing how to close the game with a short advantage. For that reason, we expect only one or two goals in this match.

Central Cordoba vs Boca Juniors Preview: The champion goes after its second prey

The Frerroviario’s debut in this tournament did not go badly at all. Although in the first minutes of their duel against Barracas, the team was sluggish and conceded a penalty in the 13th minute, this served to activate the players and they went in search of an equalizer. However, they came up against a good defensive display by their rival. The reward for their effort did not come until the 77th minute when they would get the equalizer that gave them a point.

The Xeneize club fulfilled the predictions of the previous day and won the first victory at home and in the championship. Boca received Arsenal, who showed shyness against the current champion. That is why the Xeneize took an early lead. With so many facilities given by the rival team, Boca’s players relaxed, and after a defensive carelessness, Arsenal managed to score. Although the final score was 2-1, the score could have been higher, but Boca was not very effective.

If you want to bet on the top odds for Central Cordoba vs Boca Juniors, check our selection of odds from the best betting sites: 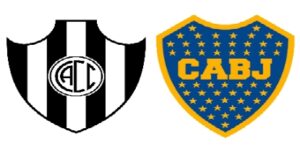 Who is the bookmakers’ favourite to win? The more probable winner is Boca Juniors at 1/1 (2.00)