Celtic are just showing glimpses of kicking into gear and that’s not great news for the other teams in the Scottish Premiership because, on their day, they’re an exceptionally good side. Can they continue their good run of form here? Find out with our Celtic vs St Johnstone preview here along with the predictions and free tips we mention along the way.

Celtic to win without conceding

Our first prediction for Celtic vs St Johnstone is that the hosts will win the match and keep a clean sheet. We’ve already touched on Celtic showing signs of turning a corner into some form and that’s evident by the fact they’ve won three matches on the spin; the last two of those have been victories to nil. St Johnstone haven’t been atrocious this season by any means but they’ve lost two of their past three matches and, if both teams are at it, they won’t be a match for Celtic. They’ve blanked in both their recent losses and goal scoring is their biggest problem with a league low of just six goals scored.

We’ve just touched on St Johnstone’s feeble attack and this too builds on that thought. We’re making the prediction they will score zero goals. They’ve only scored six goals all season, which is fewer than anybody else in the league and they’ve also failed to score in their last two defeats. On top of that, four of their last five visits go Celtic Park have seen them fail to score. It all makes rather dull reading for any travelling St Johnstone fans!

A game of few goals

The last tip we’re offering up is an under 2.5 total goals predictions. Celtic have gone under 2.5 goals in three of their last five games – including their last two. St Johnstone’s form reads similar with, again, three of their last five matches failing to get to the three goal mark. That’s also true of the recent head to head meetings; the previous five meetings, which date back to March 2020, have seen just 12 goals (2.4 per game) with three of the five going under 2.5.

The best odds for Celtic vs St Johnstone

The final word on Celtic vs St Johnstone 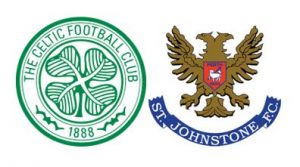