Great Betting Tips and Predictions for Ceara vs Sao Paulo

The home side must end an eleven-match winless streak against Sao Paulo to advance. A draw is enough for the away team to reach the Copa Sudamericana semi-finals. To set the right bet for Ceara vs Sao Paulo, read about our predictions and betting tips for free:

In the first leg, the Tricolor Paulista were superior to their opponents, we think they will win again as this time they will start with a goal advantage and will be able to control the match. Ceara, on the other hand, will have to win by a two-goal margin to advance to the semi-final of the Copa Sudamericana. However, the last time Vozao beat Sao Paulo was in 2015 when they draw seven times and the Tricolor Paulista won four.

Ceara has scored at least one goal in their last six home games, and has conceded goals in each of their last four games. The away team has scored in all knockout round matches, we expect them to do so in the second leg as well, and expect the final score to be over 2.5 goals.

We think that in this match both teams will score, as in six of the last seven h2h there have been BTTS. Unlike the first leg, it will be Ceara who will be looking for a goal either way to level the series, this could mean more space for Sao Paulo to have good scoring chances against a team that has conceded at least one goal in their last four games.

One Brazilian Team In, The Other Out

Although The Vozao lost the first leg, the difference is only one goal. The last three h2h have ended with one win for Sao Paulo and two draws, but in each game, Ceara was away. So playing in front of their home fans could be a plus to win. Marquinhos Santos’ team needs a good result to recover from the bad streak, in the last matchday of the Brasileirao they drew, four games without a win.

The Tricolor Paulista continue to slip away from the top of the Brazilian league after suffering their second consecutive defeat. Last time out they faced Flamengo, who didn’t mind being away and controlled most of the game. Sao Paulo conceded a goal at the start of the game and another one at the end. Another bad result could leave them even out of the South American competition.

A Useful Analysis of Ceara vs Sao Paulo Stats and Odds

If you want to bet on the top odds for Ceara vs Sao Paulo, check our selection of odds from the best betting sites: 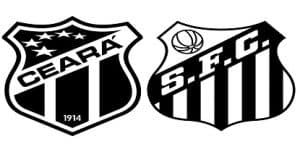 Who is the host? Ceara is the host at Castelao Stadium in Fortaleza, Brasil