After three rounds in Serie A, both Ceara and Bahia have four points and they’re looking for their second win of the season. With that in mind, we have prepared a detailed preview of the game, along with some free betting predictions.

Our best free betting tips for the Ceara vs Bahia match

If you need help to find the right tip and bet for Ceara vs Bahia, take a look at our top choices for this match:

As we already said, both teams are in similar forms and they are also quite equal in quality. The only difference in the seasons so far between Ceara and Bahia lies in the fact that Ceara failed to reach the Top 16 of Copa do Brasil, but then again, they had a much harder opponent than Bahia. Ceara and Bahia have also met a month ago in the final of Copa do Nordeste – Bahia won that duel after penalties since the final score was 2-2 on aggregate. However, Ceara won four of their last five meetings, so we will go with them again since they are the home team.

With the exception of the last game that Ceara and Bahia played, four other matches  that these two teams played against each other have gone under 2.5 total goals. In addition to this, Bahia went under 2.5 total goals in three of their last five matches across the competitions, while the Ceara is a bit more efficient since they’ve done the same thing in just two of the last five games. Still, their h2h record clearly suggests a low-scoring match.

As we already said, this game shouldn’t have many goals and that usually means that at least one team won’t score. After all, both teams have scored in just one of the last five head-to-head duels between Ceara and Bahia, so we expect that trend to continue in this game as well and to see a clean sheet on one side at least.

While Ceara and Bahia are not among the top teams in the Brazilian league, they are good enough to finish the season in the top part of the standings. So, let’s check the teams out in more detail.

Just like their next opponent, Ceara started the new Serie A season with four points from the first three matches. However, unlike Bahia, they were eliminated from Copa do Brasil after losing 4-1 to Fortaleza on aggregate. Another reason for concern for Ceara is their injury list since they currently have more than a few unavailable and questionable players, including Otavio, Baxola, Jacare, Ricardo, and Fabinho.

The start of the season for Bahia was pretty average so far, with one win, one draw, and one loss in the first three Serie A games. However, Bahia did get to the Top 16 of the Brazilian cup after they’ve eliminated Vila Nova with a couple of wins. In any case, the team is in solid form with one loss in the last five games in all competitions. Pedro is currently injured and out of the next game, while de Cruz and Nino are questionable.

The best stats and odds for Ceara vs Bahia

If you are looking for the best stats and odds for Ceara vs Bahia, check out some of our top choices from different UK bookies: 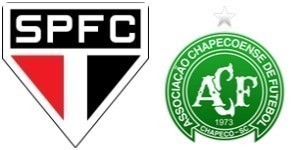 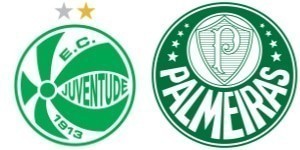