Cartagena and Malaga go up against each other at the Estadio Municipal Cartagonova with the visitors aiming to get the first victory over Cartagena.

Cartagena have not been able to win the last three matches in the league. The latest fixture for the team finished as a 1-1 draw with Leganes. Malaga are in a great position to push for the promotion spots following the 2-1 success over Real Sociedad B.

Malaga to win the match

Malaga are the team with momentum coming into the match. Even though the visitors are strong outsiders to get a victory from this match, Cartagena have not been doing well in recent matches. There have been no victories in the last few games for manager Luis Carrión. Even though Malaga do have multiple injury problems, the game might just provide a first victory against Cartagena.

The incidence of high-scoring matches has been profound in the case of Malaga with three out of their last five matches producing a lot of goals. Even though Malaga’s away games have not been able to produce lots of good results, the entertainment factor has been an ever present. Luis Carrión’s men have been able to score a decent chunk of goals of late.

Cartagena have missed scoring in just one of the last five matches and the same applies for Malaga as well. Both teams have been decent enough going forward to expect at least a goal from either of them.

Cartagena are looking to avoid a sequence of four consecutive matches without a victory. This would be catastrophic for the team’s hopes of pushing up the league table and getting closer to the promotion spots. After narrowly missing out on relegation last season, the performances from Cartagena have been very good so far.

After miserable finishes in the last two campaigns, Malaga are finally showing signs of putting up challenge for the play-off places come the end of the season. The major injury problems for Malaga would be Sekou Gassama, Pablo Chavarría, and Luis Muñoz. José Alberto López will have to find an alternative to these names.

Analysing the Stats for Cartagena vs Malaga

Doubts on Cartagena vs Malaga game 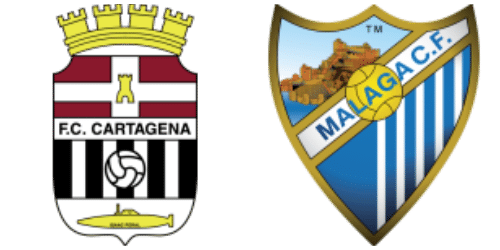