Remember that all odds are from Ladbrokes and they are subject to change.

In this article, we will check out the top betting tips and predictions for the League One fixture between Cambridge United and Lincoln City this weekend.

Our Predictions and Free Tips for the Match This Weekend

For the upcoming Cambridge United vs Lincoln City fixture, we came up with the following free betting tips and predictions.

Fejiri Okenabirhie from Cambridge United is the only person that will not play 100% this weekend because he is out with an injury. There aren’t any suspensions on the squad. Like their last match together, Cambridge United is our favorite for Saturday.

Daniel Mandroiu and Lewis Montsma are both out with injuries from Lincoln City right now and their return date is still unknown. The team doesn’t have any suspended players. We might see more than a few goals scored during the Saturday game from both teams.

To be 100% sure, you should check out the stats and match histories between Cambridge United and Lincoln City. 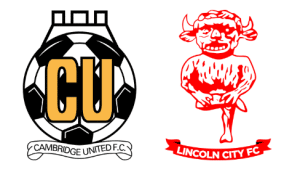