Caen go in search of a first league victory since September when they take on Paris FC at the Stade Michel d’Ornano. This preview will have a closer look at this game to assess the best betting opportunities.

Caen endured more disappointment in the league after a goalless draw with Amiens in the last league encounter. This was succeeded by a Coupe de France exit at the hands of Dinan Léhon after a penalty shootout defeat. Paris made it three consecutive wins in all competitions after a win over Sedan in the Coupe de France, although the team had to work hard and get the result through a penalty shootout. In the recent league match, Paris managed a 1-0 win over Rodez.

Paris have recovered from the slump in form a few weeks ago. The club are aiming for a place in the top five of the league table. Caen have been sliding to poor results over the last few weeks and they have not managed a victory since September. The recent match against Amiens witnessed a lack of threat from Caen that can provide the impetus for Paris to pick three points.

There has been a lack of offensive strength from Caen could be a problem for the home team in this match. Paris have not scored over 2.5 goals in any of the last five matches in all competitions, but they do have a decent scoring record against Caen. There have been more than 2.5 goals in two out of the last three meetings between these two clubs.

Paris were able to keep a clean sheet in the last meeting with Caen back in February. The offensive problems faced by Caen could mean that Paris might have more joy at the back.

Caen are 12th in the standings after going five games without a victory in the league. The team has struggled for goals, which have been hard to come by even in the home matches. Stéphane Moulin does not have any injury problems coming into the game.

Paris have shown some healthy performances over the last few weeks and the club are just a point away from the top five places. Manager Thierry Laurey will be keen to make the most of this position with a string of home games coming up for the team. There are no injury problems for the club ahead of this game.

Analysing the Ligue 2 Stats for Caen vs Paris FC 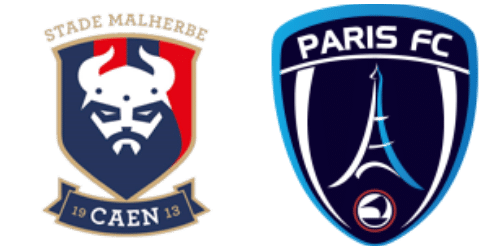 Who is the favourite team to win the game? Caen