Real Zaragoza remain in the grip of relegation fear as they travel to the Estadio Municipal de El Plantío to take on Burgos in the midweek action. Both teams have just a three-point difference in the league table ahead of this match.

Burgos were beaten 4-0 by Tenerife in their latest league match and this was the first defeat suffered by the team since the back-to-back wins over Real Oviedo and Huesca. Real Zaragoza continued with their incredible streak of draws after being held to a 1-1 home draw by Mirandes thanks to an injury time equaliser.

Real Zaragoza are not mentally strong enough to pick up victories and this was evident in the recent stalemate with Mirandes. Burgos will be under a lot of pressure and doubt following the heavy loss in the recent game. Such a big defeat is likely to bring up questions about the starting line-up and any changes might disrupt momentum even further. The two teams might happily settle for a draw.

The away games of the campaign might have started for the Real Zaragoza with a goalless defeat against Real Valladolid, but they have scored in subsequent away matches. Burgos might not have scored against Tenerife, but they have been in good scoring form of late.

Burgos can be brought to the relegation zone if the results do not go as expected games. A major consolation for Burgos would be the string of games in which the team has been scoring for fun. It is also apparent that Burgos manager Julián Calero does not have any injury problems in the squad.

Real Zaragoza have been unable to away from the relegation zone owing to a string of draws. The club are badly in need of victories to start managing points, as teams around them have been able to consistently do so despite being in relegation fear. Daniel Lasure and Valentín Vada are the players unavailable for Real Zaragoza.

Analysing the Stats for Burgos vs Real Zaragoza 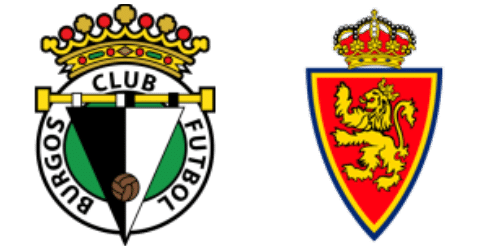