Burgos take on Ponferradina at the Estadio Municipal de El Plantio to try and resist the potential fall into a bottom four by the end of this weekend. Burgos have a two-point advantage over the bottom four.

Burgos continued to slide down the table following a 2-0 defeat at the hands of table leaders Almeria. This was the third consecutive loss for Burgos, whose opponent’s Ponferradina were able to get a 2-1 victory over Lugo to make it back-to-back away wins.

Burgos are looking to arrest a sequence of defeats for the team. The home advantage should provide some relief for Burgos, who have lost one out of the recent five matches at home. Ponferradina, however, come into this match on the back of two consecutive away victories. They have also not suffered a defeat in the last four away games. Even though this fixture tends to be dominated by the home team more often than not, the poor form experienced by Burgos should lead to a point shared by the two teams.

This is a match between two outfits who have been quite shy on goals. Even at home, Burgos have averaged around a goal per game while Ponferradina also have a similar record in away games. They should end up playing a game which has less than 2.5 goals.

Burgos are without a goal in three consecutive matches. The team’s last goals came in the month of October. They are up against a Ponferradina outfit who have not conceded over 1.5 goals in the last four away games.

Burgos are going through a disastrous run of results that is threatening to put the club into the relegation zone. Burgos are keen on revival and manager Julián Calero has to try and get the club back among points by all means possible. The club will be without the suspended Unai Elgezabal.

Ponferradina have been able to preserve a place in the top six owing to a decent run of form. If manager Jon Bolo is able to witness the team getting more of the subsequent matches, there is every possibility that Ponferradina could end up in the second place sooner rather than later. There are no injury problems for Ponferradina ahead of this game, but Copete is suspended for the match.

Analysing the Segunda Division Stats for Burgos vs Ponferradina

Doubts on Burgos vs Ponferradina game 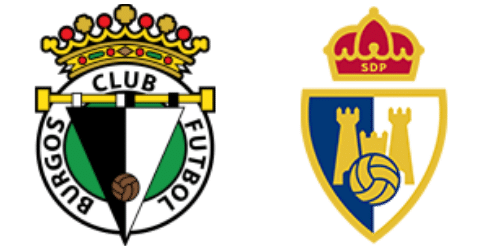