This is a preview of the group F game between Sporting Braga and Midtjylland at the Estádio Municipal de Braga. The home team were searching for the first win of the season.

Sporting Braga were held by Santa Clara during the weekend with the match finishing as a 1-1 draw. Midtjylland were excellent in the weekend’s game against Randers as it finished as a 1-0 victory.

After losing the opening group B match against Red Star Belgrade courtesy of a late penalty, Sporting Braga are under tremendous pressure to get a positive result at home against Midtjylland. This pressure might end up costing the Portuguese outfit, who have not been in great form leading up to this match. Braga have picked up just one win in the last four matches, while Midtjylland come into the game on the back of three successive wins.

Braga have found it difficult to score goals in recent weeks. The last four matches have yielded just two goals in the 3-1 result against Tondela is not taken into account. Even though Midtjylland have been scoring a lot more freely, they will struggle in this away European game.

Midtjylland have been able to score in most of the been away matches. This has been the case even in the Champions League and Europa League. Since the clean sheet against Pacos Ferreira, Braga have been defensively with a mediocre and this has resulted in the opposition taking advantage in the last few matches.

Analysis for Braga vs Midtjylland Game with Stats

Sporting Braga have been a lot better when it comes to home matches and the Portuguese team will be counting on this fact to get the first win of the group stages. A victory from this group game is paramount if Sporting Braga’s qualification aspirations are set to remain. David Carmo, Raul Silva, and Abel Ruiz are the players unavailable for Braga.

Midtjylland have gone through a string of unbeaten matches and several victories that have given them a lot of confidence. This confidence could make a lot of difference in this European match. The visitors will be without Jens Cajuste and Jonas Lossl due to injuries, while Erik Sviatchenko is doubtful.

Doubts on Braga vs Midtjylland game 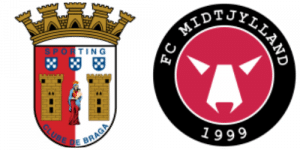