It would be an understatement to say that Boston River have started their league campaign in bad form. A match against Liverpool isn’t the best fixture on paper to transform fortunes either but, as we know, football isn’t played on paper. Can Boston River grab a surprise result? Find out with our Boston River vs Liverpool match preview here along with the predictions and free tips we mention along the way.

A trio of tips for Boston River vs Liverpool

A look to the league table would suggest River Plate are the stronger of the two sides but does that actually mean they’ll win the game? Here are our top predictions.

A big win for Liverpool coming up

It would be a really straightforward prediction to back Liverpool to beat Boston River on Sunday but we want to enhance our value. With that in mind, we’re going for Liverpool to win with a handicap of -1 goal. They’ve won five of their seven games so far this season with every one of those victories coming by at least two goals. On top of their fine form, you have the woeful performances that Boston River have turned in to date; they’ve lost five of seven winning zero. Of course, it’s not just about losing though; they need to lose by a couple of goals for this tip to win. Thankfully, for us, they have the worst defence in the league whilst Liverpool have the most potent attack.

Let’s start this tip off by focussing on the last line of our previous prediction; Boston River have the worst defence in the league and they’re up against a Liverpool team that have netted more goals than anyone else. It spells a disaster for one team but sounds great to us punters. The season game averages read as Liverpool’s fixtures seeing 4.7 goals with Boston River seeing 3.0 per game.

Our predictions to this point have driven home the fact that Liverpool will – or at least should – be scoring a few goals when they travel to take on Boston River. What we haven’t discussed is where all their goals are coming from. Liverpool have a couple of players that are capable of banging in goals but the man we’re tipping to score at anytime is Ignacio Ramirez. The 24-year-old has 10 goals to his name this season. What is more important though is that he;s bagged seven in his last five including a brace last time out.

Boston River vs Liverpool: A confidence sapping loss coming for the hosts

There are stuttering starts, bad starts and then atrocious starts. Boston River probably feel they fall into the latter category with just two points from a possible 21 and a league high 14 goals shipped in that time. The visit of Liverpool doesn’t act as much of a silver lining either. If they are to have any hope of escaping with a result they’ll need big performances from the likes of Gonzalo Falcon and Sebastian Gorga.

Liverpool haven’t made the perfect start to their season having tasted defeat a couple of times but, boy, do they look dangerous. They are head and shoulders the most lethal team in the league having bagged a remarkable 23 goals from their seven games to date. Front and centre of that attacking drive has been their two forwards Federico Martinez and Ignacio Ramirez. 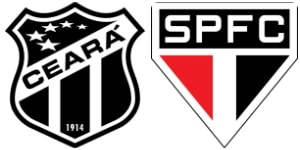