While the Boston River vs Cerro Largo duel is not the most interesting one in this round of the Primera Division, this should be a very close match. With that in mind, we have prepared a detailed preview of the game for you, along with some free betting tips.

If you need some help to find the right bet for the Boston River vs Cerro Largo duel, you can find some of our favourite betting tips right here:

The home team is still looking for the first win in the Uruguayan Apertura, but they’ve had four draws in the last five matches in the league. That, along with the fact that the guests are far from some amazing form themselves, makes us think that a draw in this match is the most likely outcome.

Boston River and Cerro Largo to Draw at Half Time

Since we expect a draw at the end of the game, we also expect the teams to be even at half time. After all, that is the most common way in which the scores are going. However, another reason for our prediction lies in the fact that the previous three h2h duels between Boston River and Cerro Largo have been equal at half time as well.

Even though both teams are not doing great in the Uruguayan Apertura, the guests are in much better form since the home team is still looking for a win in the league. So, let’s take a closer look at both teams ahead of this duel:

The team from Las Piedras has been struggling this season in the Uruguayan Apertura since they are still without a win after nine rounds. In these nine games, Boston River managed to draw four times and they’ve also lost five matches. However, those four draws have all come in the last five matches, so it seems that Boston River is getting into a bit of a form lately. 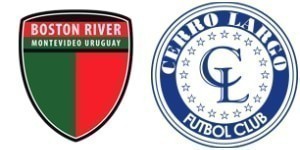