Both Boca Juniors and Racing Club lived up to the predictions and advanced to the semi-final round. They will now face each other in an early final and here is the analysis and predictions for this thrilling matchup.

To set the right bet for Boca Juniors vs Racing Club, read about our predictions and betting tips for free:

Although the Xeneize look favourites to advance to the final, this match will be played in a neutral stadium, so both teams will be on equal footing. In the quarter-finals, both clubs looked strong in attack and solid in defence. No doubt this will be a close game, but we predict that La Academia will advance to the semi-finals, as they have demonstrated a more effective style of play.

Although Racing crushed their previous opponents and Boca won very convincingly, we think this match will be different and both teams will focus on not conceding goals and then opening the scoring. For this reason, we deduce that there will be no more than two goals in this battle for a place in the final.

This matchup meets two of the teams with the fewest goals conceded in the group stage, in other words, two of the best defences in the tournament. Likely, one of the two teams will not be able to put the ball in the net.

The Xeneize had a masterful performance in the quarter-finals displaying the game they have been playing all season. After beating Defensa y Justicia 2-0, they are clear favourites to be champions of Copa de la Liga Profesional.

El Halcon was one of the most offensive teams in the season, so it was a tough test for Boca juniors. However, the Xeneize completely neutralized their opponents’ attack who only had 2 shots on goal. The latter became Boca’s fifth consecutive clean sheet.

In the knockout rounds sometimes it doesn’t matter if you are the best or worst qualified team as a defeat would leave any team out, however, the 5-0 win over Aldosivi La Academia showed that they are currently the best team in Argentina.

In this match, Racing Club completely dominated the game with 61% ball possession, 17 shots, and 9 on target. They also took advantage of every scoring opportunity to finish with 5 goals scored.

If you want to bet on the top odds for Boca Juniors vs Racing Club, check our selection of odds from the best betting sites: 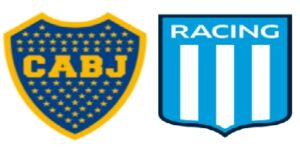 Who is the host? Boca Juniors is the host at Nestor Díaz Pérez in Remedios de Escalada

Who is the bookmakers’ favourite to win? The more probably winner is Boca Juniors at 29/20 (1.45)