After the first leg in which Bayern demolished Lazio 4 to 1, the second leg should be just a formality. Still, this is Champions League and often Champions League predictions end up trashed. In any case, there are still many betting options to try, so here are some of our free tips for Bayern Munich vs Lazio.

Our prediction for this match can’t be much different from what everyone is expecting – another Bayern Munich win. However, the odds for this prediction are poor, so here are some other free tips for this duel:

Since odds on a straight Bayern Munich win are not that good, we have decided to offer a bit riskier tip that has better odds. We expect Bayern to play as the result in the first leg was 0:0 and lead the way from start to finish. Even if we don’t see the strongest Bayern Munich squad, the team is too deep to expect anything else than another convincing win against the mediocre Italian squad.

Bayern Munich won’t settle with the first-leg result and wait out the end of the match. The Germans always play to the max and they are scoring a lot of goals lately. In their past four games, including the match with Lazio, they have scored an average of four goals. We would bet on this trend continuing in this game, even if the Bavarians don’t play the strongest team.

Musiala scored his first Champions League goal in the first leg against Lazio, making the 18-year old the youngest-ever German goalscorer in the competition. The talented attacking midfielder doesn’t always get a chance in the first team, but he shines whenever he plays. Since Bayern Munich has a huge advantage from the first leg, we expect Musiala to start once again and, hopefully, score another goal.

The second leg of the Champions League matchup between Bayern Munich and Lazio doesn’t promise a lot of excitement after the first leg result, but we have still prepared a detailed preview of these two teams for you.

The reigning Champions League winners are on a good path to defend the title since they are practically already in the quarter-finals. The Bavarians are a well-oiled machine and they haven’t missed a beat this season since they are also sitting at the top of Bundesliga with four points ahead of Red Bull Leipzig and three wins in a row. However, Bayern Munich is currently dealing with more than a few injuries – Tolisso, Tillman, Kouassi, Hoffmann, and Douglas Costa are all out, while David Alaba is questionable.

The Italian team is practically written off from this duel and Champions League, understandably. It would take a miracle for Lazio to win the matchup after losing 4:1 in the first leg against the reigning European champions. In addition to this, Lazio is not in the best form. In the past five Serie A matches, they’ve won only two times and lost three games. Meanwhile, Lazio is relatively healthy with only Luiz Felipe and Lazzari out for this game.

One of the pillars of success when it comes to football betting is finding the best betting odds. With that in mind, we’ve compiled a preview of the best odds and important stats to help you make your prediction.

FAQ about Bayern Munich vs Lazio 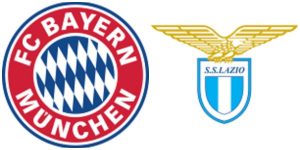