The odds we used here are from the Ladbrokes platform, so make sure you double-check them before confirming any wagers.

Today, we will check out one of the three League Oe matches for Tuesday – Barnsley vs Bristol Rovers. Continue reading to find the top free betting tips and predictions for the event.

Below, you can check out the top free tips for the upcoming Barnsley vs Bristol Rovers match next week.

Barnsley is our favorite for this upcoming game on Tuesday because they have had a positive head-to-head history against Bristol Rovers in their latest games together with four wins out of the last five matches. Also, Barnsley will have the upper hand because they will be hosting the game and at home, they have a better recent form than Bristol Rovers’ form away from home.

Bristol Rovers don’t have any suspended players right now, but Nick Anderton has been out because of an illness since the end of July and won’t play this week. Despite Bristol Rovers’ advantage in the League One table after the third game of the season, we don’t think they will win against Barnsley.

Latest Statistics and Data for the Barnsley vs Bristol Rovers Match

In the table below, you can check out the latest statistics and odds for the Barnsley vs Bristol Rovers match this Tuesday. 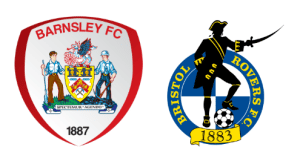