The first round of the Brazilian Serie A pits Bahia and Santos against each other, two teams coming into the game after playing continental football for the past couple of months. With that in mind, we have prepared a preview for you, along with some betting predictions.

Our top free betting tips for Bahia vs Santos

The match between Bahia and Santos should be very interesting, but also hard to predict. So, check some of our favourite betting tips for this game if you need some help:

While both teams are in similar form after failing to reach the next stage of their prospective continental competitions, Santos was playing against much better teams and they did manage to at least secure a spot in the Top 16 of Copa Sudamericana. In addition to this, Santos has won four of the last five h2h duels between these two teams, so our prediction is for this trend to continue in the first round of the new season.

Bahia and Santos to Draw at Half Time

Although we expect Santos to win in the end, we think that this game could be even at half time. Both teams have been playing continental football, so they are in competitive form, but this is also the first game of the new Serie A season and teams will be a bit rusty. In addition to this, three of the last five duels between Bahia and Santos have been even at half time, so this sounds like a reasonable bet.

Our main reason for this prediction lies in the recent head-to-head history between Bahia and Santos since four of their last five meetings have gone under 2.5 total goals. That, and the fact that it’s the first game of the new season which often makes the teams overly cautious in their approach, is enough for us to expect under 2.5 total goals in this match.

Bahia vs Santos preview: Who will take the points at the start of the league?

Both teams are entering the new season with high ambitions after playing continental football in the past couple of months. With that in mind, let’s take a closer look at these teams:

Last season, Bahia finished in 14th place despite having just three points more than the relegated Vasco de Gama, which was enough to secure them a spot in the Copa Sudamericana. The team from Salvador didn’t have much success in that competition since they’ve finished it in third place with eight points from six group matches. In addition to this, Bahia reached the semi-finals of the Campeonato Baiano, where they were eliminated by Bahia de Feira after losing 3-1 on aggregate. Ramirez will miss the first round of Serie A due to injury.

After finishing eighth in the previous edition of the Brazilian Serie A, Santos will be hoping for more this season. The team has been eliminated from the Copa Libertadores after finishing third in their group, behind Barcelona and Boca Juniors, but they will continue their continental journey in the Top 16 of the Copa Sudamericana. In addition to this, Santos failed to qualify for the quarter-finals of Campeonato Paulista after finishing third in their group. Jobson, Raniel, and Sanchez are injured and will likely be unavailable for the Bahia match.

The best odds and important stats for Bahia vs Santos

You can find the best odds for Bahia vs Santos right here, so check some of the odds from different UK bookies we’ve selected for you:

Common questions for Bahia vs Santos 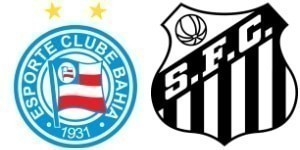