One of the closest duels in the upcoming round of Serie A is the Bahia vs Palmeiras matchup, so take a closer look at our preview and free betting tips to learn more about this game.

Our top Bahia vs Palmeiras betting predictions and picks

If you are can’t decide on the right bet for Bahia vs Palmeiras, check our best betting tips for this match:

Although Palmeiras is on a pretty bad run at the moment, they are still the better team and if they fail to win here they might just be out of the title race for good. With that in mind, and taking into account the fact that Palmeiras won the last two meetings with Bahia, our prediction is for Palmeiras to win this game as well.

Three of the last five head-to-head duels between Bahia and Palmeiras have gone over 2.5 total goals and we don’t see any reason why their next game should be different. In addition to this, Palmeiras averaged 2.88 goals per game so far in the league, while Bahia averaged 2.75 goals per game in Serie A until now. So, these two teams shouldn’t have any problems combining for at least three goals.

Top odds and stats for Bahia vs Palmeiras

If you want to bet on the latest Bahia vs Palmeiras odds, check our list of odds taken from the best betting sites:

Bahia vs Palmeiras preview: Can Palmeiras get out of the slump?

Although the guests are way ahead of the home team, they are also in poor form so we could see a close game here. With that in mind, let’s check both teams out in more detail:

After they managed to get a surprising win at Atletico Paranaense in the last round, Bahia now has two wins, two draws, and two losses in the last six games in the league. While that was not enough to get them out of the relegation zone, their current form is going in the right direction for the final third of the league and the upcoming fight against relegation. Conti, Marcelo, Ramirez, and Rossi are out with injuries, while Fonseca and Rodallega are questionable.

The last few weeks have been really tough for Palmeiras in the league since they’ve been without a win in the last four matches, losing three of them. As things seem at the moment, this poor stretch probably took Palmeiras out of the title race since Atletico Mineiro currently has fourteen points more than Palmeiras. At least the fans can take solace in the fact that their team will get a chance to defend their Copa Libertadores title in the final against Flamengo. Palmeiras is without Mayke and Rocha who are injured at the moment, as well as Gomez, Piguerez, and Weverton who are on international duty. 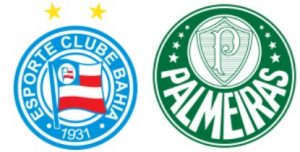