After losing 0-4 in their last Copa de la Liga Profesional Argentina game, Atletico Tucuman wants three new points to forget about the last results. Central Cordoba has had many chances to score, but they should improve their accuracy in front of the goal if they want to win again.

Our favourite Atletico Tucuman vs Central Cordoba predictions and tips

If you are not sure to place the right bet for Atletico Tucuman vs Central Cordoba, check our top betting tips for this match:

Although Central Cordoba has only won in the first matchday, they have been close to doing it in the last games. Most of the time, the difference has been only one goal and that is because their forwards have lacked accuracy.

In six games in Copa de la Liga Profesional de Argentina, Atletico Tucuman and Central Cordoba have had only one clean sheet. Atletico Tucuman has a weak defense, by the way, they conceded eight in their last two games.

One of the main reasons both teams are in the deepest of each group is because they concede goals almost every game. Because of this, we expect both Atletico Tucuman and Central Cordoba to be able to score each other at least once.

It looked like Atletico would return to winning ways after their 1-0 victory against Patronato in the fourth Matchday. However, a double defeat 0-4, against Newell’s and Racing in their last two games, sent them directly to the deepest of group A.

Their game vs Newell’s was a little confused because they attempted as many times as their rivals, but they couldn’t score. Against Racing was the same result but a game completely different because Atletico lost ball possession during the whole game.

Despite they are thirteenth in group B of la Copa de la Liga Profesional de Argentina, they have had close games since the season started. Central Cordoba needs their forward to be on target to take advantage of all the scoring opportunities they have in every game.

Renzo Lopez has been the only forward able to score in this season. They have kicked the ball into the net only in three games, that is why their current position on the table.

To bet on Atletico Tucuman vs Central Cordoba odds, check the odds from the best UK bookmakers.

FAQs regarding Atlético Tucuman vs Central Cordoba and Accessibility 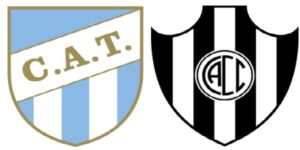 Who is the host? Atletico Tucuman is the host at José Fierro Stadium in San Miguel de Tucumán

Who is the bookmakers’ favorite to win? None, both teams are balanced