It may seem like the Atletico Mineiro vs Ceara duel already has a clear winner, but this could actually be a very close and interesting match. So, we have a detailed preview of the game for you and some free betting tips.

Our favourite betting tips for Atletico Mineiro vs Ceara

If you are not sure what is the best bet for the Atletico Mineiro vs Ceara duel, check our top predictions for this game:

Although neither of these two teams has a high average when it comes to goals per game, their head-to-head meetings have been on fire recently since four of their last five duels have gone over 2.5 total goals. With that in mind, our first prediction for this game is for Atletico Mineiro and Ceara to combine for at leas three goals.

Both Team to Score – Yes

Highest Scoring Half – Second Half

Top odds, stats, and more for Atletico Mineiro vs Ceara

If you are looking for the latest odds and stats for Atletico Mineiro vs Ceara, check them out right here on our website:

Atletico Mineiro vs Ceara preview: Can Ceara put up a fight?

While the home team is currently dominating the league, the guests are sitting in the middle of the table. Still, this could be an interesting duel, so let’s check out the teams:

The team that is currently the front-runner in the race for the title in Serie A is in good form obviously, as they also reached the semi-finals of Copa do Brasil – although they were eliminated in the Copa Libertadores semis. Atletico Mineiro is currently eleven points ahead of Flamengo who is in second place, but Atletico only has one win in the last five matches in all competitions. They also have personnel problems at the time, with Savarino, Costa, Vargas and Mariano on the injury list, and Franco, Alana, and Alonso with away on international duty.

With one win in the last eight games in Serie A, Ceara is clearly not in the top form at the moment. In the last five matches, they have one win, two draws, and two losses. The team is currently in the 13th spot in the standings, so they seem safe in the middle of the table, at least for now. Bulu, Jacare, Lopes, and de Oliveira are injured at the moment, while Marlon Adriano is suspended.

The usual questions for Atletico Mineiro vs Ceara 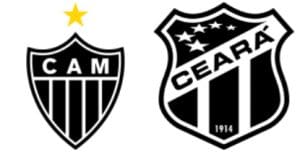