Our Best Predictions and Betting Tips for Athletico Paranaense vs Palmeiras

The visitors dominated the Brasileirao at will and will try to transfer that success to the continental cup. Although it is two Brazilian teams facing each other, it will be very different from the matches played in the Brazilian league. To set the right bet for Athletico Paranaense vs Palmeiras, read about our predictions and betting tips for free:

Palmeiras have become the supreme masters of the Copa Libertadores, having won the last two editions and are close to reaching their third consecutive final. The Big Green are 12 games unbeaten, so we expect them to make a big step into the final by winning the first leg. The Hurricane has not won in three games, and we don’t expect them to win this match.

The last few times these two teams met, it was difficult for both teams to open the scoring, as both teams usually have a balanced defence. In fact, in the last three h2h, there have never been three goals or more. In 80% of Palmeiras’ last five matches, the score was under 2.5 goals, the same happened in eight of Paranaense’s last ten matches.

The home side has been on a run of poor results in their last four games, one of the causes being their lack of finishing and lack of accuracy. In this period they have scored just one goal, averaging 0.25 goals per game. In addition, Palmeiras is the team that has conceded the fewest goals in the Brasileirao, and one of the fewest in the Copa Libertadores.

The Final Is In Sight

The Hurricane has not taken advantage of the slip-ups of the tournament leaders to close the gap, going three games without a win in the Brasileirao. In their last match, they barely managed a point away from Ceara. Paranaense had only a handful of shots, only one on target, and for most of the game, they were stuck in their half of the pitch, holding off constant attacks from their opponents, who were unable to beat goalkeeper Anderson.

The reigning champions of the Americas are in good shape to retain their title, The Big Green have been unbeaten for some time now, but have dropped a few points in the Brasileirao after drawing in the last two rounds. Their last opponent was Fluminense, who are second on the table. Rony scored quickly in the eighth minute to put Palmeiras ahead, but Fluminense equalised before half-time. With this draw, The Big Green maintain their eight-point lead over The Flu.

The Latest Analysis of Athletico Paranaense vs Palmeiras Stats and Odds

If you want to bet on the top odds for Athletico Paranaense vs Palmeiras, check our selection of odds from the best betting sites: Who is the host? Athletico Paranaense is the host at Arena Da Baxaida Stadium in Curitiba

Who is the bookmakers’ favourite to win? The more probable winner is Palmeiras at 23/20 (2.15) odds 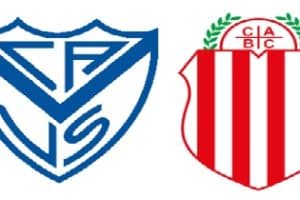