North London will be facing East Manchester on the 21st of February, 2021. This will be an entertaining clash that will put Pep Guardiola and his squad to the test. So far, Manchester City has headed towards a new Premier League title, and Arsenal is one of the last obstacles. Arsenal vs Manchester City: Best markets to bet on

The following table represents our experts’ top free betting tips on the game.

Proceed with caution when placing your final bet, as these bet365 odds are subject to change at all times.

Arsenal vs Manchester City: Quick form check before we make our prediction

Before we move on, we have to sneak a peek into both club’s recent results and performances.

The Gunnars had one of the worst starts to a Premier League campaign in the club’s history. At one point Mikel Arteta’s squad was sitting too close for comfort to the relegation zone. However, the team has managed to somewhat stabilize and is currently sitting at the 10th position in the English top-flight.

Arteta and his team’s highlights in the past two months have been a 3-1 victory over Chelsea, and a goalless draw with Manchester United. They’ve had other triumphs as well, which helped earn some much-needed points, but also recently lost to Aston Villa and Wolverhampton Wanderers. One of the biggest issues of the team has been the decline in their superstar Aubameyang. The Gabonese has failed to find the net as frequently as he usually does, and this has had an instant impact on the club’s results.

After losing the race for the title last season, Manchester City has come back hungry, looking for the silverware. The 2020/2021 campaign has been quite turbulent, with 9 different clubs claiming the first spot, but at the moment it seems like City is running away with it. Pep Guardiola’s men have recorded nothing but victories in their last 12 league games.

Similarly, to Arteta’s position, Pep Guardiola cannot rely on one of his not-so-secret weapons – Sergio Agüero. However, the Citizens have more than enough back-up to fill the Argentinian’s gap, with İlkay Gündoğan being the current top scorer for the team.

Pep Guardiola’s squad has its eyes on the prize and has seemingly no intention to slow down. At this point in time, Arsenal seems like one of the last real challenges for the Citizens, before they get crowned as Premier League champions. This match is of great importance for City, so we believe they will get out on the pitch to win it.

Manchester City is currently the highest corner scoring team in Premier League betting, and the least conceding one. On the other hand, Arsenal isn’t doing too bad itself. The Gunnars have decent statistics in the same department, but they are only of relevance when Arsenal is playing a weaker opponent. In this game, City will most likely dominate from the beginning and have quite a lot more opportunities at corners.

With Arteta’s key man Aubameyang slacking on his job, we are keen on this bet. Furthermore, Manchester City has the most clean sheets in the current campaign, with 14 out of 24, so what is there to stop them from adding on another one? 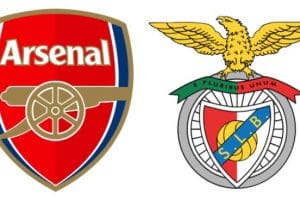