Estádio Municipal de Arouca is the location where Arouca go up against Vitoria Guimaraes for the Portuguese Primeira Liga match this weekend. Both teams have picked up one win each from the five matches so far.

Arouca were able to force a 2-2 draw out of Maritimo in the recent match between the two clubs. Despite Maritimo being reduced to 10 men late in the game, Arouca could not force the advantage. Vitoria Guimaraes were held to a goalless draw by Belenenses last weekend.

Vitoria Guimaraes were able to grab the win on penalties in the recent match against Arouca. Both teams, though, have had a mediocre start to the season with one win a piece. Arouca have certainly been at the receiving end of more disappointments, as they have lost three of the five matches already. Vitoria Guimaraes are turning out to be the draw specialists. The goalless against Sporting Braga turned out to be a good result, the club were quite disappointed to drop points with the same score against Belenenses. The visitors could be heading for a third consecutive draw.

This match witnesses two teams who have averaged less than one goals per match in the opening five games. This has been the source of their problems when it comes to converting draws into wins. Arouca have certainly suffered at the back with 10 goals conceded, but this match might produce a relief for Arouca’s defence with Vitoria Guimaraes quite mediocre going forward.

The fixture has not witnessed goals at both ends on the last three occasions. There is excellent price available to backing more of the same in this encounter. Both teams have been through an average run of form that makes them contenders fail to score in the match.

Arouca vs Vitoria Guimaraes: Can Arouca get the first win of the season?

Arouca did extremely well to get a point out of the match against Maritimo. This would come as major resistance in coming weeks, as Arouca go up against the likes of Sporting Lisbon. The win over Famalicao at home has been the only success for Arouca, who are just a point away from the bottom three.

Vitoria Guimaraes have been able to keep themselves mid-table in the Portuguese Primeira Liga, but this position may not last long given the club’s mediocre set of results over the last few weeks. The four-game unbeaten run has been able to overshadow the string of draws.

Analysing the Numbers for Arouca vs Vitoria Guimaraes 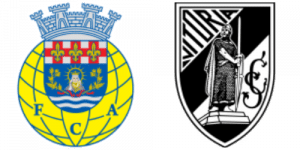