Newly-promoted Arouca take on Sporting CP at the Estádio Municipal de Arouca looking to capitalise on the mediocre away form experienced by the champions.

Arouca fell to a narrow 2-1 loss against Moreirense to compound problems for the club, which is closer to the relegation zone. Sporting CP picked up another narrow 1-0 win but this time against Maritimo during the weekend. In the midweek Champions League trip to face Borussia Dortmund, Sporting CP ended up losing 1-0.

Sporting CP have not been at their best in the early stages of this season. The last five matches in all competitions has seen the team pick up only two narrow victories. They are already on the verge of getting knocked out of the Champions League following back-to-back losses. Arouca are a team who have struggled to get going in the top division of Portuguese football. They have been involved in multiple tests that have gone against them.

The recent games for Sporting Lisbon have witnessed a sharp decrease in the number of goals. It is very likely that the champions might rediscover the scoring touch against Arouca, who have conceded an average of two goals per game so far this season.

Sporting CP have been quite solid at the back but the team has lost the offensive thrust in the last few games. After having managed no more than a goal per game in the last five, Arouca might be encouraged by their recent offensive form. In the last five matches, Arouca have been unable to score only once.

Arouca have home advantage and a good result against one of the top teams in the division could have a sizable impact to the confidence levels of the newly-promoted outfit. Arouca Armando Evangelista comes into the match without José Manuel Velázquez and Yaw Moses because of injuries.

Sporting CP are facing a small crisis at the moment. Following the defeat against Ajax and Borussia Dortmund in the Champions League, the champions find themselves in a position where they have only managed narrow wins over the Portuguese clubs. Coach Rúben Amorim will be without Pedro Gonçalves and Gonçalo Inácio due to injury.

Analysing the Stats for Arouca vs Sporting CP 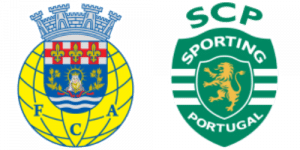