El Bicho is motivated after equaling the leaders of the tournament in points, a new victory could leave it as the unique leader. The Xeneixe team had its third victory in the championship and the first under the new coach.

To set the right bet for Argentinos Juniors vs Boca Juniors, read about our predictions and betting tips for free:

Their last 3 head-to-head meetings have all ended in draws. In 4 home games, Argentinos won 3 and drew 1.

Boca lost 2 of the 3 away matches. Boca did not concede a goal in their last game, we think this will be a very defensive game for both teams and will end in a draw.

Hugo Ibarra managed to win his first clean sheet, which shows that he will try to recover the style that made Boca champions of the previous tournament. The last time the two sides met there was a clean sheet. This time we think the same thing will happen again, they might not even score.

For the third consecutive matchday, El Bicho took all three points, this time against Barracas Central at the Claudio Chiqui Tapia stadium. Captain Fausto Vera won a penalty in the 15th minute, which he converted into a goal.

Barracas did not have many clear chances but took advantage of a serious mistake by goalkeeper Federico Lanzillota to equalise in the 22nd minute. In the second half, Fausto Vera scored his second goal in the 81st minute and Jose Herrera scored the third goal in stoppage time.

Finally, the Xeneize team put an end to its bad streak of 3 consecutive games losing. In his second game in charge of Boca, Hugo Ibarra was able to celebrate his first win after having lost in his debut.

On matchday 8, Boca again showed their style of keeping the ball to attack, however only 2 of their 14 shots were on target. Effectiveness continues to be a serious issue Boca’s only goal of the match came from a penalty kick.

If you want to bet on the top odds for Argentinos Juniors vs Boca Juniors, check our selection of odds from the best betting sites: 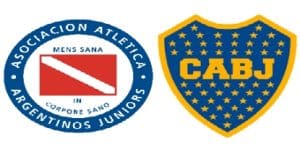 Who is the host? Argentinos Juniors is the host at Diego Armando Maradona Stadium in Buenos Aires

Who is the bookmakers’ favourite to win? The more probable winner is Boca Juniors at 29/20 (2.45) odds