Antwerp and Frankfurt go up against each other in the early kick-off of group D action on 30 September 2021. Frankfurt have been the draw specialists so far this season.

Antwerp made it three successive victories since the opening group game defeat against Olympiacos, as the team secured a 2-1 success over Union Saint-Gilloise. Meanwhile, Frankfurt were involved in a sixth consecutive draw and a fifth consecutive game with a 1-1 score following the result against Cologne.

Frankfurt have been the draw specialists by a huge margin. The team has been involved in six consecutive draws across all competitions. Antwerp might come into this game with three consecutive wins, but the level of quality of the Belgian team is not close to the German outfit. This will be the first meeting between the two clubs and Frankfurt will not be in a mood to lose an away game.

Frankfurt’s away form in the Europa League is not the greatest. The team has been defensively solid with not more than 1.5 goals conceded in any of the last six matches. Antwerp might come into this game on the back of excellent form and they have home advantage, but this game could end up as a dull draw.

Even though Frankfurt have conceded only six goals in the last six matches, they have also not kept in a clean sheet during this period. Antwerp will be keen on picking up the first win of the Europa League group stages and home games are really crucial for the same. After scoring in all of their last 10 competitive matches, Antwerp are a good pick to score.

Antwerp have been enjoying a brilliant improvement in form over the last few weeks. The team has gone from picking one win in previous five games to managing four wins in the recent five matches. There are not too many injury problems for the Belgian outfit, who will be without Michel-Ange Balikwisha due to a hip problem. Jelle Bataille is unavailable due to suspension.

Frankfurt quickly need to come away from the string of draws that have been hurting their position in the league and Europa League. The German outfit are just outside the relegation zone owing to this poor form. For this match, Frankfurt will be without Sebastian Rode, Christopher Lenz, Eric Durm, and Evan NDicka. 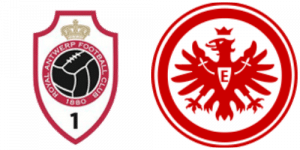 Who is the favourite team to win the game? Frankfurt