The Latest Betting Tips and Predictions for Ankaragucu vs Konyaspor

The home side will be keen to start the Super League with a win to show that despite being newly promoted, they have a lot to prove. The away team is motivated by the good results obtained at the beginning of the season. To set the right bet for Ankaragucu vs Konyaspor, read about our predictions and betting tips for free:

The oddsmakers put the away team as favourites to win this matchup, and we are confident that this prediction will come true. The Anatolian Eagle was one of the best teams last season. In two away games, Konyasport won one and drew the other.

We expect to see the ball in the net very rarely, as this factor has been repeated in six of the last seven meetings between the two clubs. Moreover, in 80% of Konyaspor’s last five matches, the result was less than 2.5 goals.

We don’t doubt that the visitors will score, but we don’t expect a BTTS in these matchups.the home team has three consecutive matches with no clean sheets, while Konyaspor has scored in all official matches this season. In addition, The Anatolian Eagle had two clean sheets in their last three matches.

Will The Newly Promoted Team Stun Their Opponents?

Ankaragucu remained in the second tier of Turkish football for only one year. Last season they have crowned champions of the TFF League 1 and were promoted directly. The first objective of the team will be to stay in the first division.

Ankaragucu’s pre-season was not very active in terms of friendly matches, the club preferred to focus on training sessions. Coach Hikmet Karaman has some new additions that will help the team match the level of the teams in the Turkish first division.

The Anatolian Eagle had just over a month of preparation, with some interesting friendly matches. Coach Ilhan Oalut took advantage of all the pre-season matches to build up his team.

Konyaspor’s season started with a pair of Europa League qualifiers against BATE Borisov, which they won easily. In the next round, they drew 1-1 in the first leg against FC Vaduz from Switzerland. Before settling the series in the first leg, they will face their first challenge in the Super League.

A Great Analysis of Ankaragucu vs Konyaspor Stats and Odds

If you want to bet on the top odds for Ankaragucu vs Konyaspor, check our selection of odds from the best betting sites:

Common Facts for Ankaragucu vs Konyaspor 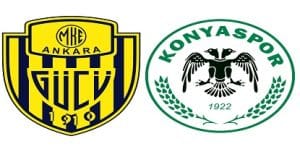 Who is the bookmakers’ favourite to win? The more probable winner is Konyaspor at 11/10 (2.10) Odds