The Right Betting Tips and Predictions for Anderlecht vs RFC Seraing

The home side achieved a great result in their bid to qualify for the Conference League and will be keen to keep up the good form. It has been a difficult start to the season for the visitors, who have lost both of their games. To set the right bet for Anderlecht vs RFC Seraing, read about our predictions and betting tips for free:

We expect Anderlecht to get a positive result very easily. The Purple and White have won two of the last three h2h with a big goal difference. The most recent meeting ended 5-0 in favour of the home team, Anderlecht scored three goals before the break. The host has been first-half winners in 80% of their last five matches.

There are likely to be a lot of goals in this matchup, as in the last few meetings between the two clubs. Only Anderlecht have scored at least three goals in each of the last three h2h, all of which have ended with more than 2.5 goals.

The odds are heavily in favour of the home team, but the improvements shown by Seraing in the last matchday make us think that they can stand up to Anderlecht. Although De Metallo´s has not put the ball in the net once in the tournament, they have been closed to doing so, and this could be the perfect opportunity. The hosts have scored in all three of their official matches, so we expect BTTS.

A Game With A High Goal Expectation

The Purple and White have had an intense start to the season, unlike their next opponents, Adenlecht is playing in the third qualifying round of the Conference League. Fortunately, in the first leg, they easily defeated Paide Linnameeskond from Estonia.

On the second matchday of the local competition, Anderlecht lost 1-0 away to Cercle Brugge. Felipe Mazzu’s side did not perform as well as on matchday one, and against Cercle, they could barely get a shot on target without success. In the 75th minute came the only goal of the match in favour of Cercle.

De Metallo’s ended the pre-season with a defeat, and since then they have accumulated two more defeats in the opening rounds of the Pro League. Seraing is one of two teams in the Belgian Pro League who have yet to pick up points.

Coach José Jeunechamps regrets the defeat in the previous matchday but appreciates that his team improved a lot compared to the first game. On match day one they only shot twice without aiming. In the second match, they shot more than ten times, but they lacked accuracy. They even had a penalty but the opposing goalkeeper saved Simo Elisor’s shot.

A Great Analysis of Anderlecht vs RFC Seraing Stats and Odds

If you want to bet on the top odds for Anderlecht vs RFC Seraing, check our selection of odds from the best betting sites: Who is the bookmakers’ favourite to win? The more probable winner is Anderlecht at 2/9 (1.22) Odds 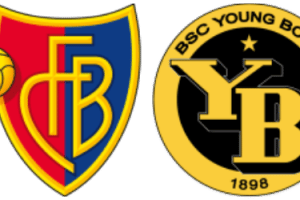