The America Mineiro vs Palmeiras duel in the upcoming Serie A round could be very interesting, so check our preview to learn more about this game and what you can expect to happen.

Our free America Mineiro vs Palmeiras betting tips and predictions

We can offer you a few of our favourite America Mineiro vs Palmeiras predictions, so check them out right here:

After they secured a spot in the Copa Libertadores final where they will have a chance to defend the title, Palmeiras can now focus on Serie A. The team is without a win in the last four matches in all competitions, while America Mineiro is without a loss in their last five Serie A games. So, this could be a tricky matchup for Palmeiras at this time, but the team is simply much better than America and this is their last train to staying in the title race with Atletico Mineiro, so our prediction is for Palmeiras to win this game.

While we’ve seen just two of the last five h2h matches between America Mineiro and Palmeiras go over 2.5 total goals, we expect to see at least three goals in their upcoming duel. The reason lies in the fact that Palmeiras averaged 2.73 goals per game this season in Serie A and we expect them to dictate the tempo of the game with their offensive style of play.

Just like our previous prediction, this one is not really supported by the recent h2h record between America Mineiro and Palmeiras since both teams scored in two of their last five meetings. Still, both teams have scored in 55% of all Palmeiras matches in the league this season, while this is true for 39% of a America Mineiro games. Not the best records for this prediction, but we are still confident given America’s recent form and Palmeiras’ overall quality.

The best stats, odds, and more for America Mineiro vs Palmeiras

If you are looking for the top America Mineiro vs Palmeiras odds, check our selection of odds taken from the best UK bookmakers:

America Mineiro vs Palmeiras preview: Can America resist the favourites?

Both teams are in similar forms at the moment, so this could be an interesting matchup. So, let’s check both teams out in more detail right now:

With three wins, four draws, and one loss in the last eight matches, America Mineiro is currently in great form. They are also unbeaten in the last six games in Serie A. However, the team is still close to relegation zone, only four points ahead of the first team to be relegated. So, they will need to keep going strongly if they don’t want to go straight back to Serie B. Eduardo, Kawe, and Berrio are injured and unlikely to play in the next game.

The reigning champions of South America will have a chance to defend their title in Copa Libertadores after they eliminated Atletico Mineiro in the semi-finals on away goals. In the final, they will have to beat another Brazilian team, the current Serie A champions Flamengo. In the meantime, Palmeiras will try to get closer to Atletico Mineiro in the title race since they are currently ten points behind and in poor form after losing five of their last eight Serie A games. On the bright side, only Luan is on the team’s injury list.

The usual questions for America Mineiro vs Palmeiras 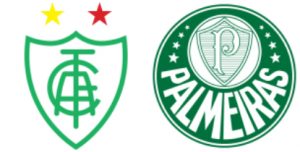 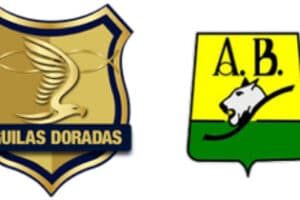